Cyclists entering the Bestmed Cycle4Cansa Championship will have a chance to raise further funds for the Cancer Association of South Africa through a new campaign for the race next week.

Celebrating its 20th anniversary, the cycling festival in the North-West Province has initiated the #WeCAN – Riding for Survivors campaign, encouraging others to contribute to a good cause.

ASG Events spokesperson Sonett de Villiers said that on entering the race, participants had an opportunity to encourage others to match their entry fee by making a donation to Cansa.

She said anyone, riders or members of the public, could contribute any amount by visiting the campaign on the event’s Facebook page. 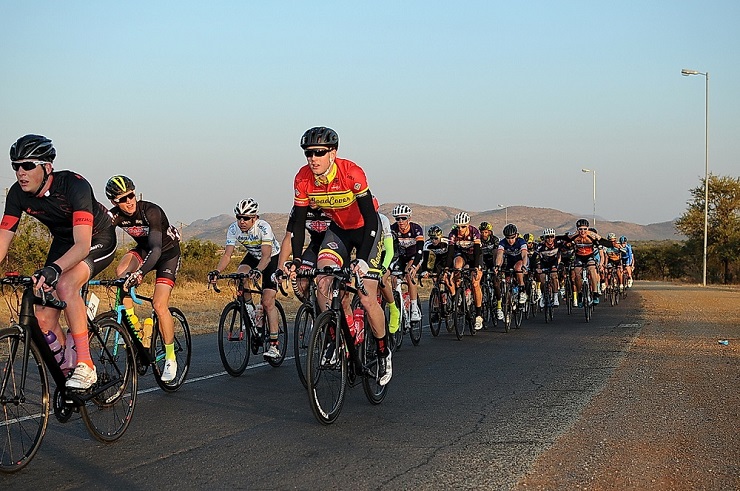 Participants in the Bestmed Cycle4Cansa Championship at Sun City on August 19 and 20 have been encouraged through the #WeCAN – Riding for Survivors campaign to challenge others to match their entry with a donation to Cansa. Photo: Supplied

The title sponsors of the event – which takes place on August 19 and 20 in and around the Pilanesberg resort – said their top priority was to encourage a healthy and active lifestyle.

“With August being declared Cansa Care Month, we want to encourage entrants to make a donation over and above their entrance fee and inspiring friends and family to do the same,” said Bestmed chief marketing executive Chris Luyt.

“We are committed to the cause and will continue to support all those affected by cancer in all possible ways.”

Besides the feature race of 103km on the Sunday, there will also be a 70km race, while Saturday will see the cyclists tackle 25km and 50km routes.

De Villiers said they were readying themselves for a significant increase in entries for the anniversary edition and were hoping it would translate into a major contribution for Cansa.

Entries close at midnight on Thursday.