Robert Hobson and Jeanie de Villiers won the men’s and women’s races at the Karoo to Coast mountain bike race between Uniondale and Knysna today.

Hobson, a newcomer to the event, found himself on the start line after being told by Flandria co-owner Leonardo van Onselen that he could win the 100km race.

“Due to the fact that I have never done the race before, I didn’t know what to expect,” said the 19-year-old Flandria-Scott rider.

“He told me that my form is good enough to win, especially with the climb that suited me well at the finish. I didn’t really have expectations, but I set out to see how it goes and try and win.” 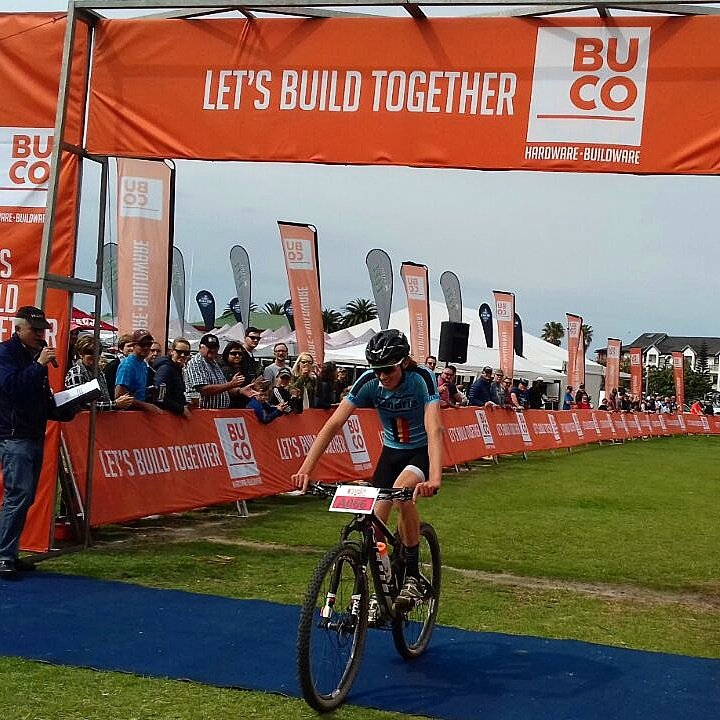 Robert Hobson took the victory in this year’s Karoo to Coast. Photo: Twitter/@flandriacycles

Hobson said his plan was to break away close to the finish if the opportunity arose.

“Before the race I thought to myself that, if I was still going to be in a group, to hit the last hill and just go all in all the way to the end.”

His opportunity came at the halfway mark when he was able to get rid of fellow leaders Charles McFall and Matthew Keyser, who eventually placed second and third respectively.

“We sat together for quite a bit up a climb and then went down a sneaky descend,” said Hobson. “I somehow went a lot faster and broke away unintentionally.

“From there I hit the next climb and I thought that I had the gap so I might as well go and see what happens. I went on a one-man mission to the finish.”

It was Hobson’s first win in a marathon mountain bike race this year and his first race ever over the distance.

De Villiers, who lost out by the narrowest of margins last year, turned heartbreak into jubilation in the women’s race.

“I was secretly hoping for the win. It was my fifth attempt and my first win,” she said afterwards.

“Last year I came second by half a second, so I felt that I had unfinished business.”

Although De Villiers found the start quite difficult, she said she felt good once she got going.

“I woke up this morning and expected to suffer. I just worked really hard on the climbs and concentrated on the downhills.

“I was focused right to the finish, because I knew that nothing was going to be handed to me on a silver platter.”