Jayde Julius left it all on the tar as he broke away to take victory on the second stage of the Jock Tour, which finished in Mbombela, Mpumalanga, today.

Julius, who was part of an early breakaway that formed at 20km, said his race for the finish was probably one of the greatest performances of his career.

“Coming to the line was the biggest pursuit of my life because I had a headwind that I had to fight and I knew Brendon Davids was coming, so it was a massive time-trial again after yesterday.” 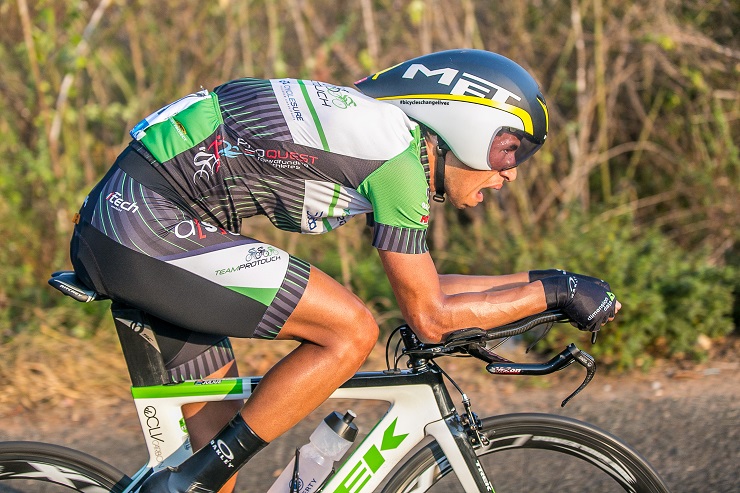 The ProTouch rider started the race in fourth after yesterday’s time-trial and said he had taken a huge risk when he joined teammate Gustav Basson, RoadCover’s Bradley Potgieter and Rand Water’s Thulasizwe Mxenge in the breakaway.

“It was a big gamble because it was so early, considering I was so high in the general classification,” said Julius.

After dropping Mxenge, the three continued to work together until the base of the first of the day’s two major climbs, Spitskop, which came 78km into the 154km stage.

Basson then started to lag and Julius and Potgieter rode away on the ascent, but they waited for him as they reached the top of the climb. Together the three continued on to Long Tom Pass.

“Gustav rode himself inside out and was able to take me to Long Tom,” said Julius. “From there I rode with Brad, but I dropped him on the climb with maybe 45km to go.”

The 24-year-old from Honeydew in Johannesburg finished in 4:14:23 and topped the climbers and points competition while Davids, who finished second yesterday, was 13 seconds behind and now provisionally leads the overall competition. 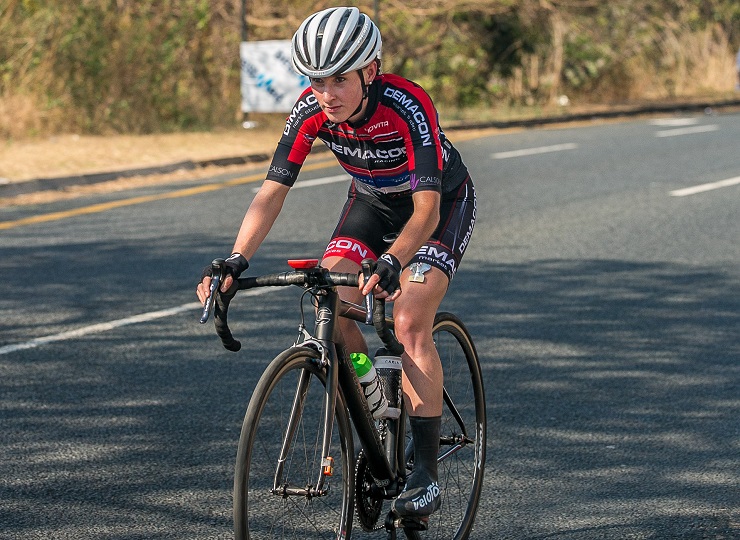 Demacon’s Carla Oberholzer made her move on Long Tom Pass to solo to victory on day two of the Bestmed Jock Tour in Mbombela today. Photo: Memories4U Photography

With the overall victory within his grasp, Julius said his aim for the third and final 138km stage would be to put in a serious bid for the title.

“My goal tomorrow is to try and go for yellow, that’s a definite. Now that I’m in the position to go for it, I’ll really go for it.

“I’m quite nervous because I know Brendon and I are so close. It’s going to be a big fight to the end.”

Demacon’s Carla Oberholzer won the women’s race after she too soloed to victory.

After winning the opening day individual time-trial, Du Toit crossed the line in second to drop down one position in the standings. Team Bestmed-ASG’s Sanet Coetzee, who won the Jock Classic recently, was third to finish.

“Tomorrow we’ll just take it one kilometre at a time and see how the racing plays out,” said Oberholzer, who added she was ready to race anyone who challenged for the yellow jersey.

Click here to view more results for stage two of the Jock Tour.