After an attack on a group of cyclists made headlines last week, Pedal Power Association’s Robert Vogel said he was shocked at the violence directed at cyclists.

A group of more than 10 riders were attacked and robbed by five men armed with pangas along Jan Smuts Drive in Cape Town last Sunday, but it was neither the first nor the last incident along that stretch of road.

Vogel explained there was an attempted hijacking along the same road days before and, a few days after the incident, a lone cyclist was attacked and robbed on his way to work.

Incidents like these happened all over Cape Town, said Vogel, but he admitted the violence of the panga attack rocked him. 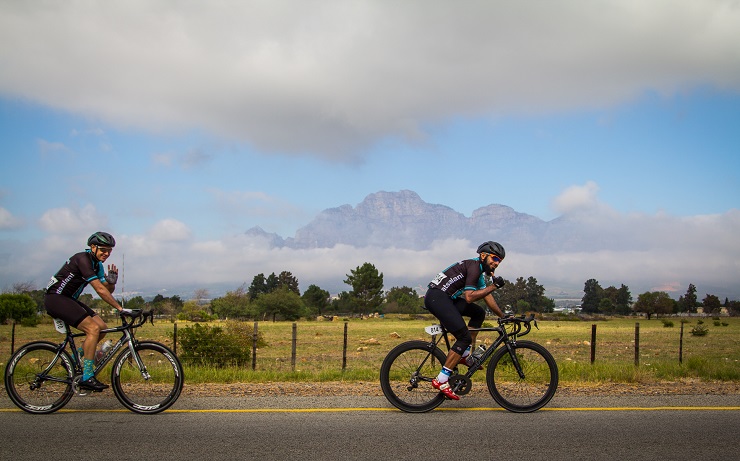 “The one with the pangas was a shocker. It was inevitable, but it is this willingness to commit to violent crime that shocks me,” he said.

“It’s not as though they’re trying to pull riders off their bikes, with a 50/50 chance, they are now bringing weapons and I guess it’s just a matter of time before we start seeing firearms used.

Despite three attacks in the space of a week, Vogel was of the opinion the incidents were still of an opportunistic nature.

He said a recently recovered bike worth roughly R100 000 that was sold for R250 proved this.

“That’s a clear indication that it’s not a syndicate operation, it’s purely opportunistic. They find an item of some value and take whatever price they can get for it.”

From the organisation’s perspective, Vogel said they could only continue to disseminate information in the hope of making cyclists more aware.

He said they had an online crash and crime map that was regularly updated with the latest incidents from around the city.

“From a PPA perspective all we can really do is keep raising awareness, making cyclists aware of where hotspots are. What the authorities can do, the SAPS and law enforcement, is pursue these as any other serious crime.”

Leon Claasen, founder of Safe Cycle Port Elizabeth, raised the concern that riders who tried to avoid areas known for crime could put themselves in further danger.

“My biggest concern is that cyclists will avoid these areas because of attacks but will then expose themselves to other dangers, like peak traffic,” he said.

The Port Elizabeth-based organisation, which works closely with PPA, recently held a memorial and safety ride for Nelson Mandela University professor Gerrit Radder, who was knocked over and killed along Marine Drive in the Windy City.

With almost 200 riders in attendance, the group presented a letter to mayor Athol Trollip and security head John Best.

Claasen said they would continue to raise awareness and work towards improving safety for all cyclists and hoped to work with local authorities on this.