Declan Sidey, who won the final round of the TrailSeeker Gauteng Series on Saturday, revealed that it was going to be his final competitive race until being granted a lifeline shortly before the start.

The 23-year-old said he put pen to paper with a yet to be named professional team two days before stamping his authority on the Diamond Rush event in Cullinan. 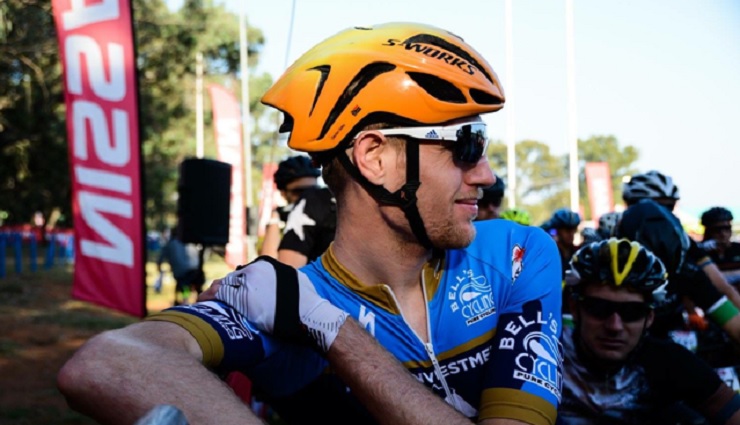 Declan Sidey was granted a lifeline shortly before winning the final round of the TrailSeeker Gauteng Series on Saturday. Photo: ZC Marketing Consulting.

“It was really special to win,” said Sidey, who showed that he was someone to watch when he beat Max Knox to win the Big 5 Mountain Bike Race earlier this year.

“I went into the weekend really relaxed and confident and, above all, I was really happy to appreciate the win knowing that in 2018 I would be able to continue mountain biking.”

He swapped road racing for mountain biking this season and, despite the challenges, said the transition had been a good one.

“The level of mountain biking in South Africa is really high with all the international events and athletes, so the changeover was a no-brainer,” said the former Durbanite.

“It really is a win-win situation if you can perform on the mountain biking circuit. The exposure is much higher, meaning you can also get better returns on sponsors’ investments.

“It’s really great for my career to be performing against some of the best cyclists in the world week in, week out and I’m thrilled for what lies ahead.”

According to the Nelspruit resident, he had adopted a three-year plan which he hoped would help him reach new heights on the dirt. At the top his list, he said, were the SA National MTB Championships and National MTB Series.

“It will take small steps though, and winning the Diamond Rush was definitely the first stepping stone. With the level of mountain biking being so high it won’t be easy, but, if I can perform, it will definitely be worth it.”

Rising to the top didn’t come easy for the talented youngster, who had to study and work while racing competitively. But, with his newfound job security, he felt he could set his sights on the future.

“I haven’t actually ridden as a full-time professional before. When I won the Western Cape U23 Road Champs, I worked as a waiter at the event’s dinner and served the same guys I beat,” he chuckled.

“The financial security that will come next year riding for a big professional team won’t require me to work and I will only study as much as the racing allows.

“The goal will be to steer my focus to winning races and to put my time and effort into training. I’m really fortunate to be presented this opportunity and I’m excited to see what I can do.”

In Cullinan, Sidey was pushed hard by Shaun-Nick Bester, another roadie who has switched to mountain biking after returning from racing in Europe.

“Shaun being a European road professional, I knew he was going to be stiff competition and that’s why it was important for me to create that gap early on.

“He pushed me right until the finish and I think he’s also shown that if he chooses to pursue mountain biking, he’s going to be a super good rider.”

Sidey said his new team would be unveiled later this month.