Yzette Oelofse‘s perseverance paid off when she raced to her first major victory of the season at the inaugural Tshwane Classic road cycling race in Pretoria today.

Oelofse – who placed sixth at the national road champs – said victory in her hometown had been her goal from the start, but, with just one teammate to help her, she knew she would have her work cut out for her. 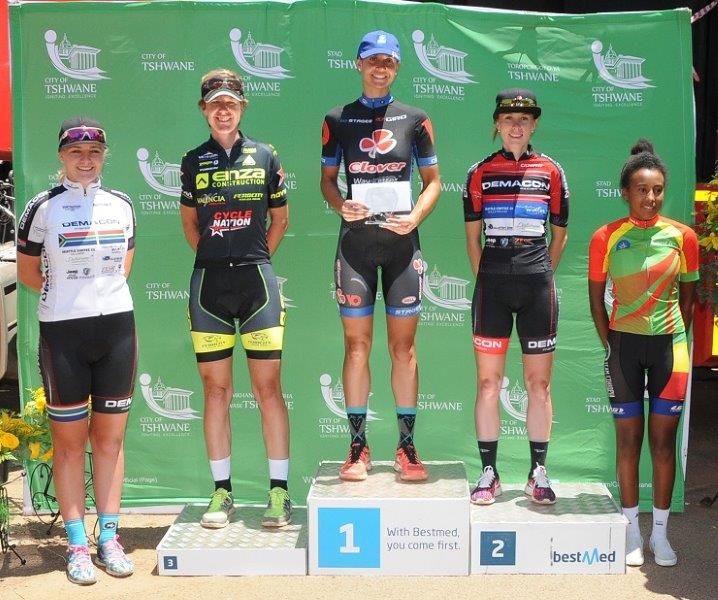 The Clover rider said the racing only really started for her at the 60km mark after the peloton reeled in a breakaway of two riders who had been at the head of affairs for 40km.

Shortly afterwards, she and Demacon’s Carla Oberholzer were able to slip away when the road started tilting upwards.

It became a game of cat and mouse as the Satellite Championship winner dropped Oelofse twice, only to see the 32-year-old fight back on each occasion.

The latter finally counter-attacked 500m from the finish and turned herself inside out to win in 2:41:09.

“There’s just unbelief and shock because I’ve been on the podium so many times this year, but I’ve never managed to get the win. I’m over the moon.”

Oberholzer finished on her wheel to take second in the same time, while Cashandra Slingerland completed the podium just under half a minute down.

READ |  Hill and Strydom gear up for Wines2Whales

Chris Jooste won the men’s race after he made a deciding move on the Tom Jenkins climb, roughly 87km into the race.

The 98km feature event, which started and finished at the Voortrekker Monument, saw around 4 000 participants blitz past all of the city’s major attractions on a balmy but windy morning.