Declan Sidey will look to achieve his first off-road series victory when he takes to the dirt at the TrailSeeker Gauteng Series finale in Cullinan on Saturday.

The Kavuki Investments-Bell’s Cycling upstart is fourth in the overall standings with only the Diamond Rush leg to go and is hoping to take advantage of his main rivals’ absence. 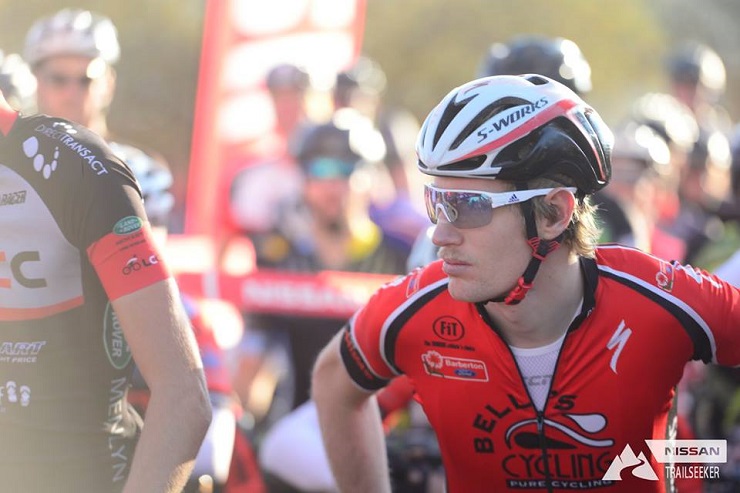 National marathon mountain bike champion and series leader Nico Bell, Philip Buys and Wessel Botha have all opted to take part in this weekend’s Wines2Whales and Sidey has set his sights on a good haul of points.

“This last one’s important,” said the 23-year-old, who cut his teeth on the road and only started competing in mountain bike races this season.

“I haven’t been able to win any of the others and now I have the perfect chance to do so. If I’m unable to do that, I only really have myself to blame.”

Sidey said he felt he was in a good position to claim the five-event series after solid preparation.

“The last eight weeks or so have gone perfectly and the results have been good. Recently, I’ve had three really good weeks of training so I’m optimistic.

“The series for me so far has been really good. I knew the TrailSeeker would be a good place to show off my ability and Saturday will be a great opportunity to get on top.”

Despite being uncertain of whether the route suited him, the Nelspruit resident felt his form could carry him through.

“But I feel like my form is good and I’m motivated, so I believe I can get the job done.”

Sidey felt Max Knox, a triple National MTB Series champion, would be his main challenger on the day.

“I look forward to competing against him. We had a lot of battles in the middle of the year and I foresee another one this weekend.

“He told me he’s not coming, but I didn’t believe him for a second. I will only believe he’s not there if I don’t see him 50km in.”