Marco Joubert relished his victory on home turf after retaining his title in the Longmore Classic at the Crossways Farm Village outside Port Elizabeth yesterday.

PE-born Joubert later admitted that getting one over the Eastern Cape locals had been something special. 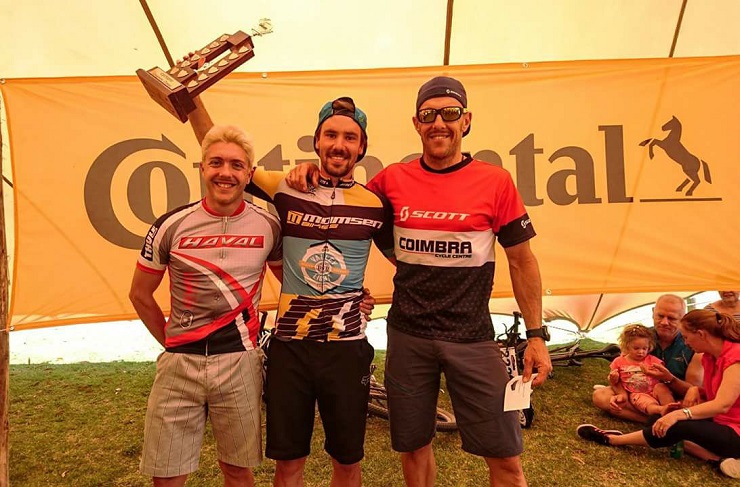 Jason Meaton, who came second by just 25 seconds, was particularly difficult to crack.

“Jason and I broke away from the other guys right at the start, and we kept that gap throughout,” said Joubert, who also won the Stellenbosch MTB Challenge in July.

“We rode at a good, steady pace and were well matched in terms of fitness and strength. We couldn’t really get away from each other.

“We tried to attack each other on the climbs, but neither of us could break the deadlock. We started playing mind games towards the end and it became really challenging.”

Joubert pulled away from Meaton only in the last five kilometres. “There was a downhill leading to the finish, which is where I managed to open a gap.

“To my great relief, I was able to hold him off. It was really close.”

The 20-year-old Joubert was reasonably familiar with the trails, which probably counted to his favour.

“Crossways is a nice area in which to ride. I train there a lot and I like going for long rides there. One can lose yourself in the Longmore forest.

“The routes had been changed a lot since last year, but I think the changes were for the better.

“There were some exciting single and jeep tracks and the route showed off the older parts of Longmore, where we used to race several years ago,” he added.

It was a good way to end the year for Joubert, who is now turning his focus to the Attakwas Extreme MTB Challenge, scheduled for January 20.