To win the Stellenbosch Cycle Tour in the Western Cape was a dream that came true for Liezel Jordaan today.

The 22-year-old, who finished the 97km race in 2:29:43, said she had not gone into the event with particularly high expectations.

“My legs were rather tired after the 947 Cycle Challenge and the Double Century after that,” Jordaan said after her victory.

“Yesterday, when I went for a pre-race ride, my legs were still nowhere. I just prayed they would wake up.” 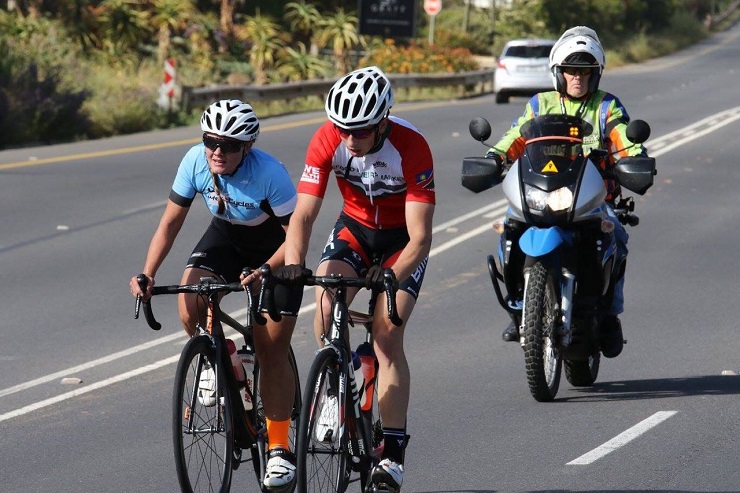 And when it started raining, things got even more difficult.

“I couldn’t really find a slip because the rain was in my eyes, so I sort of sat in the wind, trying to avoid punctures.

“At the last turn, I tried to position myself to be about fifth or sixth going up the last drag, but then there was a bit of a crash. Two people fell in front of me and a small gap opened.”

That was when Jordaan knew she had to go as hard as she could, all the way to the finish.

“Crossing the line (as the first woman) was quite unbelievable but I didn’t realise I had won it,” she said.

“I thought I had got a podium place, but didn’t think I would be on the top step. Everyone then started telling me I had actually won!”

The Route 62 Cycles rider said it had been more of a mental than a physical race for her.

“Going up Helshoogte this morning was hard. From there it was all about finding the balance between not working too much and sitting in the bunch in a good position.”

She added that her win in the Stellenbosch Cycle Tour was special, and it had not really sunk in.

“This is actually where I first met my coach Jennie Stenerhag three years ago,” Jordaan said.

“It was also the event that got me dreaming about racing and being on the podium one day. I have been fantasising about winning this race for some time.”

Jordaan, from Witsand, felt grateful and blessed. “It was incredible to end the season like this. One of my big dreams came true. It’s something special for me.

“It feels I’m still dreaming. Somebody please pinch me,” the elated winner said.

Team Giant’s Rohan du Plooy took the win in the men’s race in a time of 2:14:22, beating Specialized’s Craig Boyes and Namibia’s Dan Craven, who finished in second and third.