A variety of factors have seen the Bestmed Berge en Dale Championship, to be held near Krugersdorp in Gauteng on February 24 and 25, enjoy a rise in popularity.

Offering a full complement of road and mountain bike races, the event attracted over 4 000 riders last year and that number is expected to grow.

With the 107km road classic as the feature event on the Saturday, the organisers, ASG Events, will also hold a 59km distance, with mountain bike events of 40km and 15km on the Sunday. 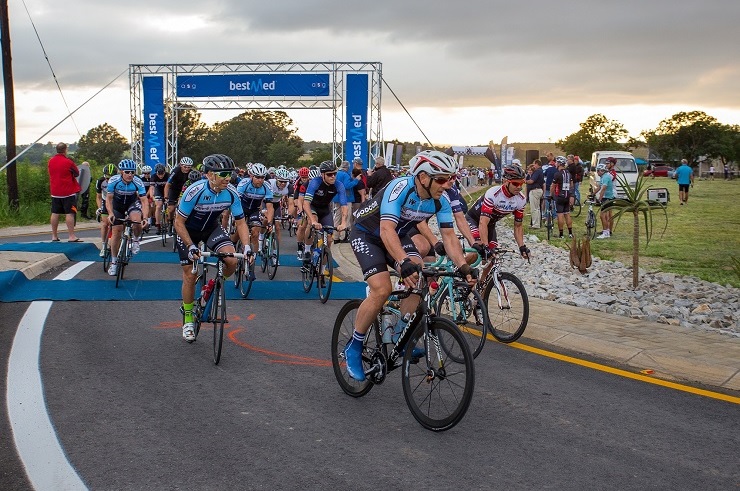 The Bestmed Berge en Dale Championship is set for further growth this year when the event, catering for road cyclists and mountain bikers, takes place near Krugersdorp on February 24 and 25. Photo: Supplied

Presented by Optimum Financial Services, it starts at the Cradlestone Mall in Muldersdrift.

ASG Events chief executive Wynand de Villiers said the later date this year and the quality organisation of the event had led to greater interest.

“By moving the race towards the end of February, we are giving riders more time to prepare for the event after the holiday period,” said De Villiers.

“We have already seen a significant increase in the number of entries.”

The organisation of the Berge en Dale had always been about the safety of the riders and the experienced team they had put in place resulted in everything running smoothly, he said.

De Villiers also believes economic factors are having an influence, with cyclists showing more interest in competing in races in their own regions.

“One cannot overlook the fact that it’s not easy to travel long distances to take part in certain events,” he said.