Alan Gordon was relieved to finally win the overall Sabie Xperience, which ended in Sabie, Mpumalanga, today, having finished second in both the previous years.

“I was really aiming for the win this time so I am very happy,” Gordon told In the Bunch. 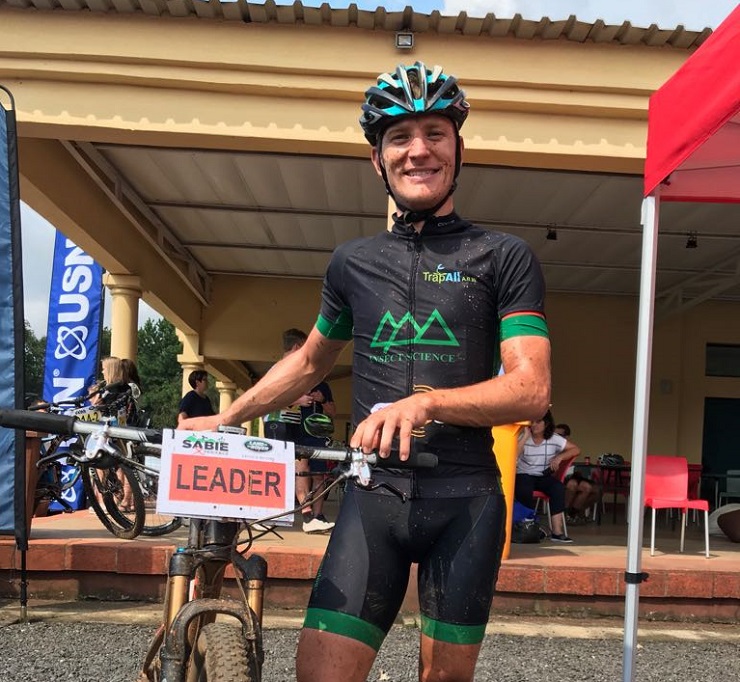 Heading into the final two days of the three-stage race – after winning the first stage – Gordon kept his eye on last year’s winner, Heine Engelbrecht.

It was in stage two yesterday that Gordon felt he got the upper hand over Engelbrecht.

“Yesterday’s stage was longer and I think Heine struggled a bit with that adjustment in distance,” he said, after beating him by 15 minutes.

Today’s stage was “much closer”, Gordon added. “Today was the time-trial and he paced himself well.

“The intervals were one minute apart and the first guys started last. I started a minute after him near the end of the line-up.

“I struggled to catch up to him but managed to do so near the end of the route. We then finished together, meaning I beat him in the time-trial by a minute.”

Though he won all three stages quite comfortably, Gordon said the race had posed some challenges.

“There were some technical parts that were very slippery and muddy; different terrain to what I am used to.

“It was quite difficult to adapt to that, but I have been feeling good. Yesterday was good for me to have made up 15 minutes. It gave me a lot of confidence ahead of the final time-trial.

“My form is good,” said Gordon, who now has his sights on the nine-stage joBerg2c, beginning on April 20.