Bruce Hughes broke the record in the Freedom Challenge Race to Cradock when he took part in the 575km non-stop self-navigated mountain-bike race two weeks ago. 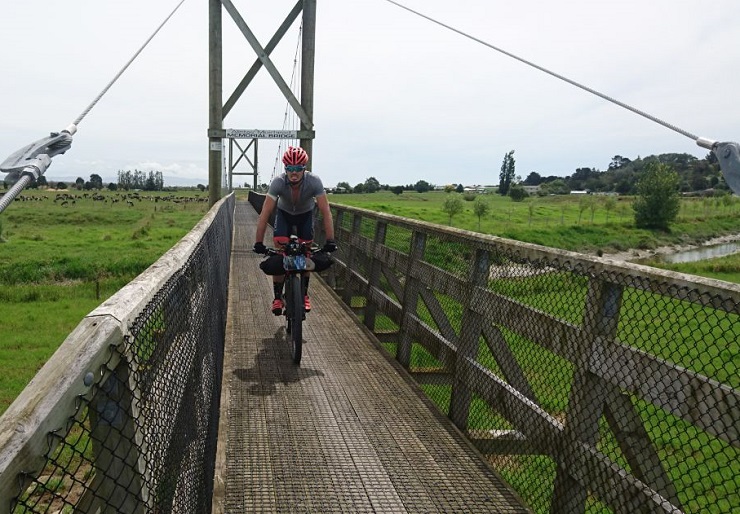 After riding a combined 1 129km in the space of a week and beating the Race to Cradock record by four hours and 17 minutes, Hughes described racing in ultra-endurance events as an “addiction” for him.

“It was not my first time,” he told In the Bunch. “I have a bit of a habit of doing these ultra-endurance events.

“I am currently on a sabbatical from fulltime work and I am exploring more avenues in endurance riding. I have just come back from New Zealand where I did a 3 000km race.

“I love the Freedom Trail. I have done the Race Across South Africa [2 300km from Pietermaritzburg to Wellington] twice before.

“I enjoy the competition, the routes and the support stations. I try to come back as often as I can, but unfortunately I won’t be taking part in the Race Across SA this year.”

Hughes said he made a “calculation” before the Race to Cradock event in order to ensure he broke the record.

“I thought it was very feasible to break the record when I entered the race if I just followed a plan,” he said.

“It was surprising and nice to break the record by such a big margin.”

He, however, felt the race was about more than times. “The trails are not so much about records, but more about pushing yourself.

“I had never done 48 hours of racing without sleep. I have done longer races, but not of that nature.

“It was a good learning curve to know that I could push myself like that.”

Hughes completed the route, which took place from Rhodes to Cradock, in 42 hours and 52 minutes.