Henry Liebenberg and Matthew Keyser claimed the Trek 2 Teebus title when the race finished at Harmonie Farm, west of Steynsburg, in the Eastern Cape yesterday.

The Silverback-Volvo riders dominated the three-day stage race by coming out on top each day. They finished with an overall time of 7:22:19.

Second place went to Euodia Cycles-Cadence Tygervalley’s Gys Malan and Johan Coetzee, who finished in a total time of 7:59:47. Third were Team BAM’s Russell Willis and Ryno Armdorf in 10:57:39. 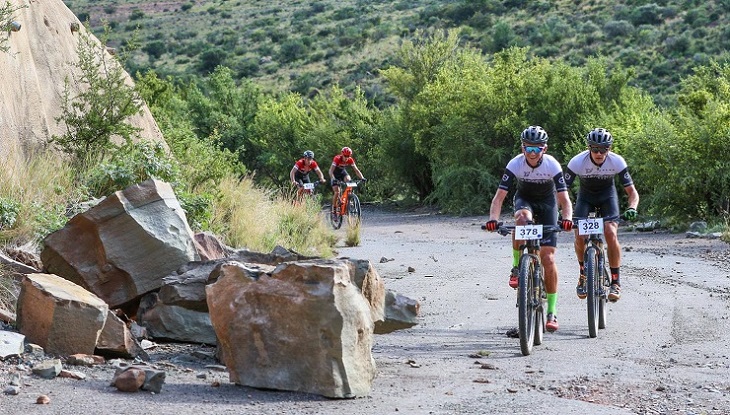 The women’s race was won by A-Z’s Zane Coetzee and Anel Strampe who finished the stage race with a complete time of 10:07:36.

“It’s really awesome to win the race. It was tough and hard riding, but it felt good to take the title,” said Keyser.

He added that he and his teammate decided that each day at around the 5km mark they would give it their all, ride off the front of the bunch and stay there until the end of the race.

“The route was good. Day two was pretty technical, but it was really fun riding in that area. On some climbs I struggled to stick with Henry as he is much better at climbing than me,” said Keyser.

He felt that they had combined well, especially since it was the first time they had raced together.

“We have equal strengths and neither of us had an off day or felt bad or anything. We rode well together.”

Next on Keyser’s agenda is the SA Cup Series XCO #3 at Happy Valley Conservancy, Bloemfontein, on Saturday.