After fighting off illness during the Cape Epic two weeks ago, Mariske Strauss was elated to win gold at the second SA MTB Cup Series XCO event at the Thaba Trails in Johannesburg on Saturday.

Strauss, who won the National MTB Cup Series last year, said she did not know what to expect heading into the race.

“I only rode for the first time [after the Cape Epic] on Thursday,” she told In the Bunch. “So I did not know what my legs would feel like on Saturday.

“I just had to start at my own pace and try to get into the swing of things. I only got into the race by the second lap.” 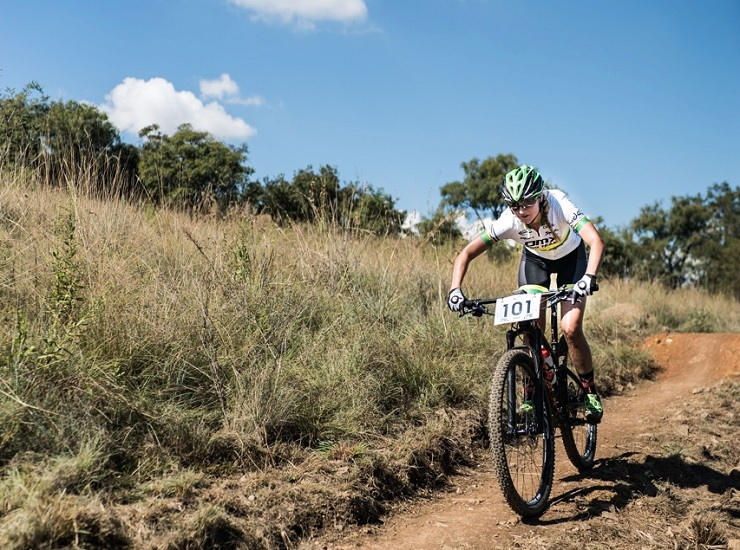 Candice Lill, who won the women’s African jersey at the Epic, got away at the beginning of the second lap of the five-lap race, Strauss said.

“I kind of stalled and I was lying in fourth at that stage,” she said. “I had to work a bit harder. I managed to catch up by the end of the second lap.

“We stayed together on the third lap, until I took an A-line and she a B-line, which enabled me to get a gap. I got away and slowly widened the gap. It was really exciting and I am glad it went smoothly at the end.

“My Silverback [bike] was made for a course like that, which made my life a bit easier.”

The course, she said, was tricky because there was a lot of single track. “The rider who gets ahead at the beginning of the race normally holds the lead. There was not a lot of overtaking.

“It was very rocky in certain sections, especially on the climbs. It was very technical and I feel like that suited me.”

After a delayed start to the race, Strauss wanted to make sure she was warm and “firing on all cylinders” when it began.

“It was a nice surprise when I arrived at the fourth lap and realised there were only two laps to go. It went by quickly, after getting used to the long Cape Epic stages.

“I was able to pedal and give as much power as I could. It was super exciting getting the victory and giving back to Silverback,” she added.

Strauss will now turn her focus to the Gold Coast Commonwealth Games, which start on Wednesday.