South Africa’s Jacques Janse van Rensburg will be looking to play a pivotal supportive role during the 21-stage Giro d’Italia which starts in Jerusalem, Israel, today.

Riding for DiData, Janse van Rensburg said his teammate and compatriot Louis Meintjes would be the rider to represent the team on the general classification.

“The goal, since the end of last year, was [for DiData] to start getting good GC results in the Grand Tours,” Janse van Rensburg told In the Bunch today.

“Louis then joined the team [at the end of last year], so the main goal for the Giro will definitely be to get the best result possible for Louis on the GC.

“We hope we can claim a good GC spot while gathering as many WorldTour points as possible,” he added. 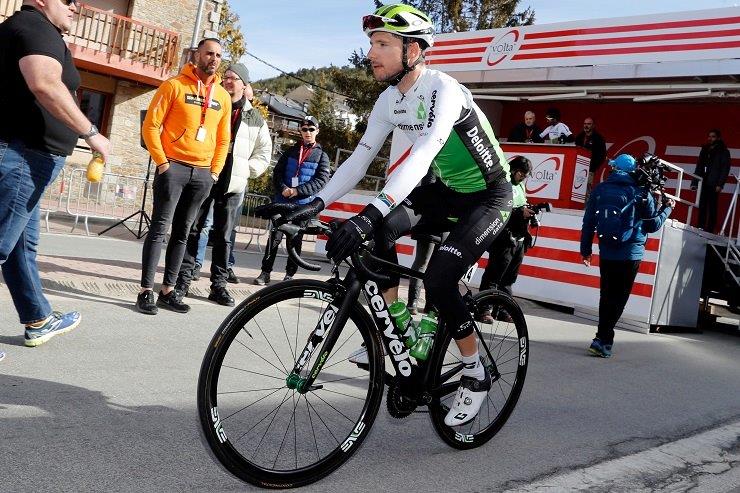 Jacques Janse van Rensburg will be looking to play a pivotal supportive role during the 21-stage Giro d’Italia which starts in Jerusalem tomorrow. Photo: Stiehl Photography

Aside from Meintjes riding for an overall position, Janse van Rensburg said a few other riders in the team would also have certain objectives to target.

“Ben O’Connor, who has been flying in the first part of the season, will not be going for GC, but he will rather go for a stage victory wherever he can.

“This will be his first Grand Tour, so GC ambitions for him may be a bit too steep.

“Then we have Ryan [Gibbons, from South Africa] for the sprint stages.

“He showed in last year’s Giro, which was his first, what he can do when he got about five top-10 results in the sprints – even when he was leading out other riders.

“Here and there we will be targeting the breaks, knowing when and how to handle them.

“Other than that we have a good all-round team who can support Louis. We have our options open,” he added.

Janse van Rensburg said besides aiming to support Meintjes, he would target select breakaways throughout the tour.

“On one or two days if there is a big breakaway on a media mountain stage I will try to make it into those breaks.

“Unlike in the past I will try not to make it into too many breaks, which could jeopardise our team objectives.

“I will just need to protect Louis for as long as possible.”

Heading into the 21-stage, 3546.2km race, Janse van Rensburg said it would be key to take it day by day and week by week.

“There are only three rest days in the tour, so it will basically be broken down into three sections. We will have to focus on the [weeklong] sections separately.

“If you had to try today already to focus on stage 15 then it will be a very long tour.

“It gets hard up until a point where everyone is at the limit. Then it is just about survival.”

All of the seasonal races leading up to the Giro were their preparation, he added.

“You cannot really prepare yourself physically for the Giro,” Janse van Rensburg said. “The racing beforehand is pretty much your preparation.

“It also comes from years and years of racing in Europe. There is no special training for a Grand Tour; you just have to go on as normal.”

Despite a tough start to the season, with the DiData team having been plagued with injuries and producing mixed results, they were feeling confident.

“We felt like we started turning it around at the Volta a Catalunya and Tour of the Alps. We are feeling quite optimistic and I feel we could get some really good results.”