The Italian – in sheer determination – pushed Bora-Hansgrohe’s Sam Bennett (Ireland), who attempted to close out the space along the barrier of the road, to move and kick past him.

After eyeing the gap, Viviani surged ahead and sprinted to victory on the 229km course in 5:02:09. Bennett lost out and finished third, with EF Education First-Drapac p/b Cannondale’s Sacha Modolo (Italy) claiming second place. 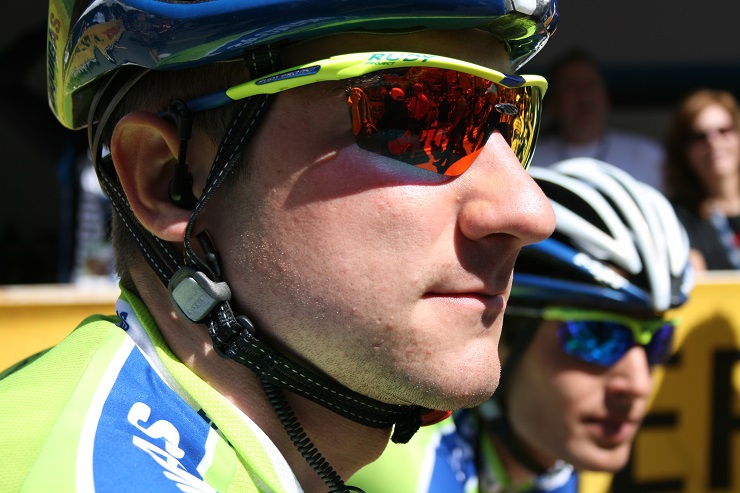 BMC Racing’s Rohan Dennis (Australia), despite not finishing in the top-10, managed to retain his pink leader’s jersey after staying in the peloton as the stage came down to a nerve-wrecking end.

“I think there will be a little more stress [having the leader’s jersey], but it is be nice to take pink to Italy. It is the first time I have kept it more than one day,” Dennis said afterwards.

With a rest day tomorrow, the race now moves to Italy in stage four on Tuesday, consisting of a 198km route from Catania to Caltagirone.