South Africa’s Jason Meaton is fired up to race in the gorge of the Lower Zambezi River when the three-day 1Zambia MTB event starts tomorrow.

Meaton will team-up with Francois Burger under the African Mining Services (AMS) banner for the event. 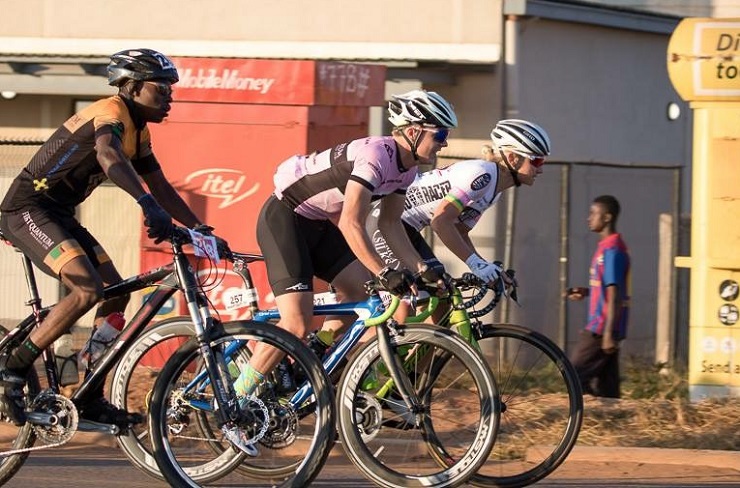 Having not competed in the stage race before, Meaton said one of their main challenges approaching the event was that they would be entering it “blindly”.

“It will be over three days and we are walking into this race a bit blindfolded because we have not done it before,” Meaton said.

“We will have to try adapting as quickly as possible, then see what we can do.

“Altitude-wise I am fine, because I have been here for two weeks already, but my partner is only flying up today.”

Meaton said it would be important for them to lay down a marker on the first day to set the tone for the rest of the race.

The first two stages are 70km and 72km respectively, followed by the 110km third stage.

“Our goal is to at least be in the top three on day one. The first stage will serve as a tester for the legs, as well as to test the other riders, and day two will be to claim a good position [on the general classification].

“Day three we will then have to go absolutely all out. It will be very important to pace yourself right because the final day will be long and very hard,” he said of the final stage that comprises approximately 2 000 metres of climbing.

He expects a very “rough, loose and rocky” route. “There will be a lot of single track, no tarred roads and it will be very rocky. The land up here [in Zambia] is very harsh and hilly,” he said.

“We will be riding in a gorge, so there will be many river beds to pass through, many climbs and steep descents.”

Meaton expects one of the winning pair of riders from last year – Timothy Hammond and Ryan Ellis – to return for the race this year, so “tough” competition was on the cards.

“There will be many local and a few international riders,” he said. “It will be a good and tough field. We will not have the average weekend warriors competing.

“But I am super excited for the race. It is something completely different. It is a race I have had on the cards for a while.

“I have also never seen the Zambezi River so it would be something new for me.”