The 25-year-old beat Nico Bell and Pieter du Toit to the finish of the 70km course.

“I was obviously super happy with the win; I really needed a good result,” Du Toit said. 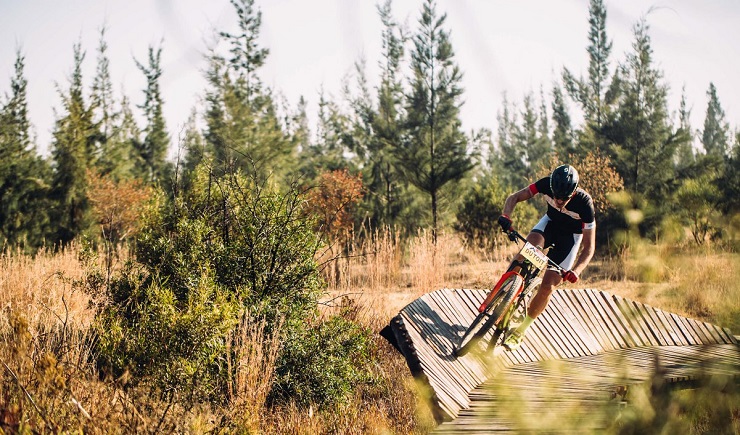 “It was awesome to have some extra motivation mentally heading towards both marathon and SA XCO Champs in July.”

He said the start was relatively relaxed but in the first real technical section, about 10km in, a few of the favourites were caught out by some sharp rocks.

“With a long singletrack drag following, I kept driving a solid pace and soon we were down to only four riders.

“About 45km in I realised that no one was coming back and from thereon I tried to hide a bit more, saving some matches for a fast finish.”

Du Toit, who is an ambassador for Scott Sports Africa, added that he was expecting Bell to open up the sprint a lot sooner.

“I had a look at the last kilometre or so before the start and knew exactly where to kick. I never thought I had it in the bag but I felt confident throughout.

“From the lead group that formed I thought Nico would be the hardest to beat. He just always seems to consistently do well, is probably the most experienced rider in the peloton and he’s won at Legends before.”

Du Toit said he enjoyed the route and that there were big improvements on previous years.

“It suited me quite well; short punchy climbs with lots of singletrack is perfect for my riding style.”