“This was quite a big win for me,” an elated Heyns told In the Bunch. 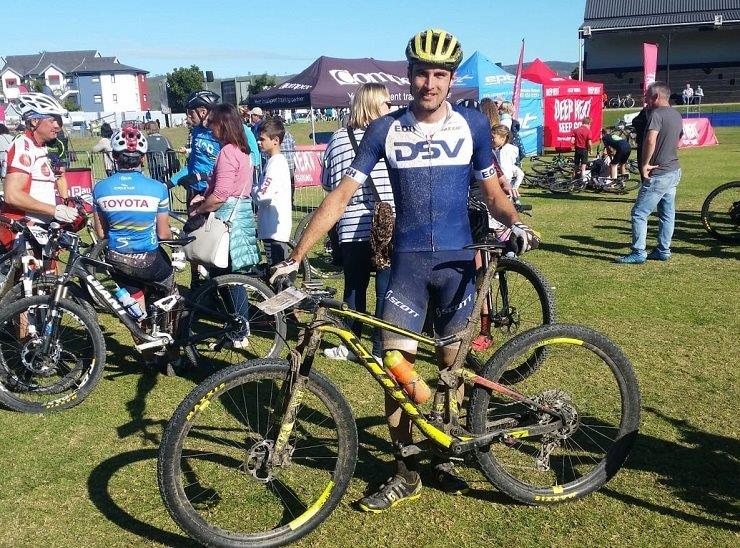 He had been competing in the event for many years; since he was a youngster, he said. “So it was really special for me to finally win the long race. I’m very happy.”

Beers attacked on the first climb and Heyns was the only to follow him. A game of cat and mouse ensued and continued for the duration of the race.

“Matt and I dropped the other guys early on and just rode together from there,” Heyns said.

“I tried to get away a few times and he also tried to drop me a few times, but we just stuck together and neither of us could break away.

“I put in an attack on the last climb, with about 10km to go, and managed to create a gap. The last 10km was fast but I stayed ahead until the finish.”

Despite his victory, Heyns said he felt the route did not suit him “that much”.

“It was quite a high-speed route, with not much slow technical riding, which I actually prefer.

“To win on a course like that was good for me, personally. I’m quite satisfied with my form ahead of the SA marathon champs [on July 14].

“My training has been going well and I feel confident about my form at the moment. I also feel mentally prepared.”