Julian Jessop is hoping to retain his under-23 title when he competes in the cross-country race at the SA National MTB Championships in Bloemfontein tomorrow.

The PYGA Euro steel rider, who completed his six laps last year in 1:13:27, said the national championships were always a major goal for him.

“My coach Mike Posthumus and I always plan to have a peak at the champs and my aim is to defend my national title this weekend.” 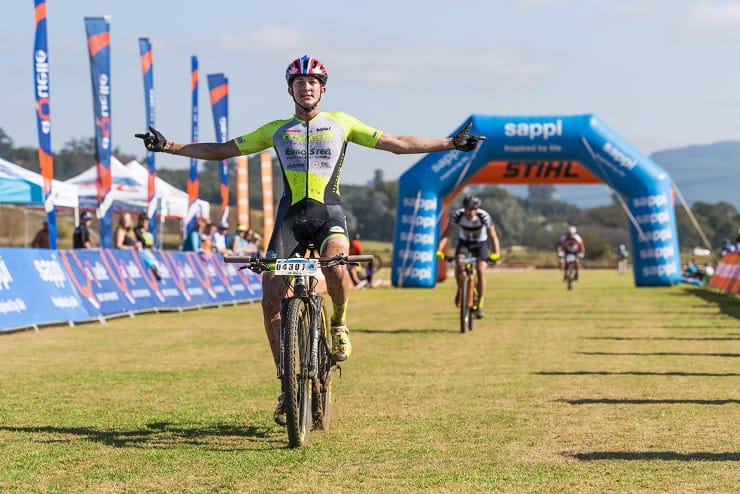 Jessop has won his category two years in a row, but felt last year he did not have his best performance as he was under the weather.

“I was lucky to get a gap on the first lap and hold it. It would mean a lot to win for a third time in a row.”

Maintaining momentum during a cross-country race was very important in order to get as consistently low lap times as possible.

“I have a good flow on this course and enjoy it, so that helps me get through laps quicker.”

Jessop described himself as a good all-rounder; a good climber and fast and smooth on the descents. He said he enjoyed the course at the Happy Valley Conservancy and thought it suited him.

“Unfortunately my performance at the cross-country races this year has been disappointing for me. After Mankele I’ve regrouped and have done probably my best and most consistent month of training since,” said the 20-year-old.

“It was a relief to also finish off my exams and then just focus on my cycling with no other stress.”

He added that he would try not to think about his competition in the rest of the field, but rather focus solely on himself and what he had to do.

“It would be a huge win for me to retain my title. It’s always special to win the national championship and wear the stripes for the next year.”

The Durban local, who is studying a BCompt degree in financial accounting, said for the rest of the season he would have to see whether he was selected for the mountain bike world championships in Lenzerheide, Switzerland, in September.

“That would be the big goal. Otherwise, there are the end-of-the-year stage races to look forward to. I’ll also be aiming to finish my degree this semester.”