Ashleigh Moolman-Pasio will lead her Cervélo Bigla team in the 10-stage Giro Rosa that began with a 15km team time-trial in Verbania, Italy, today.

“This is the eighth time that I’m taking part. It’s a very special and cool race; the toughest one on the women’s calendar,” she said before the start.

“It has always played an important part in my cycling career. It was one of the first races in which I took part in Europe as a professional for Lotto–Soudal in 2010.” 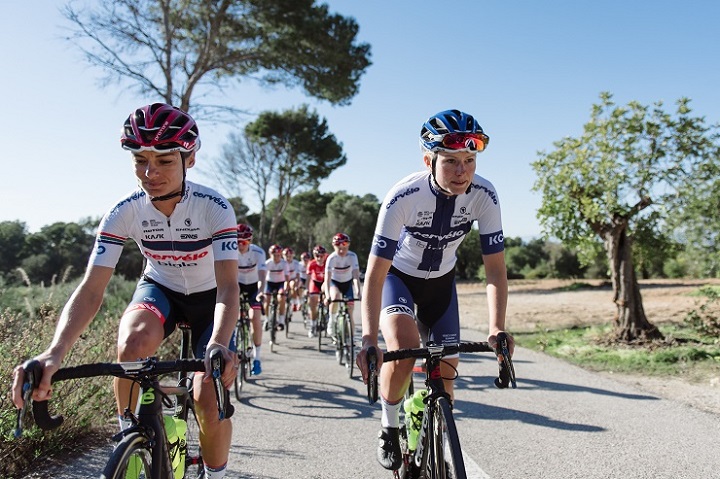 The 32-year-old South African said the event had played a big role in her development. It showed in the progress and improvements that she made in her general classification positions from year to year.

“The first time I competed I finished 17th. It improved to 13th, tenth, eighth and fourth three years ago, the best I’ve had.”

Moolman-Pasio will lead her team throughout the year as they aim for podium places.

“I’ve accumulated a lot of experience and this year has been really great for; my most successful year so far.

“The growth has not only been in strength and physical ability, but also in mentality and mental strength. I’m feeling confident and well prepared.”

“We’re a young, but dynamic team. Cecilie is a very good rider who can play a big role as a protagonist and by taking pressure off me. Lotta is a sprinter who will go for stage wins.

“We’re all in good shape and there’s a positive vibe in the team. We’re very motivated.”

Moolman-Pasio described this year’s course as “incredibly tough” and the race as probably one of the hardest Giro Rosa events that she would take part in.

It includes a lot of climbing and probably the toughest climb in Europe, the Monte Zoncolan, a 10.1km stretch with an average gradient of 11.9 per cent.

Riders will tackle this climb on stage nine as they head for the finish at the summit. It was also part of the men’s Giro, which Chris Froome won.

“This is a stage I’d like to do well in,” Moolman-Pasio said.

NEXT ARTICLE | Jason Meaton targets his own Grahamstown 2 Sea record