Jan Withaar will be vying for a podium spot in the elite men’s South African cross-country championships at the Happy Valley Conservancy in Bloemfontein tomorrow.

To achieve his goal, Withaar plans to put a lot of emphasis on getting off to a strong start on the first lap of the seven-lap course.

“My aim is to have a blistering first lap, to not make any mistakes and ride smoothly from the second lap onwards,” Withaar told In the Bunch.

“The start loop is always vitally important and plays a big role in the final outcome.

“Having said that, it [the first lap] is not the be all and end all, but I continue to focus on improving massively in that space.” 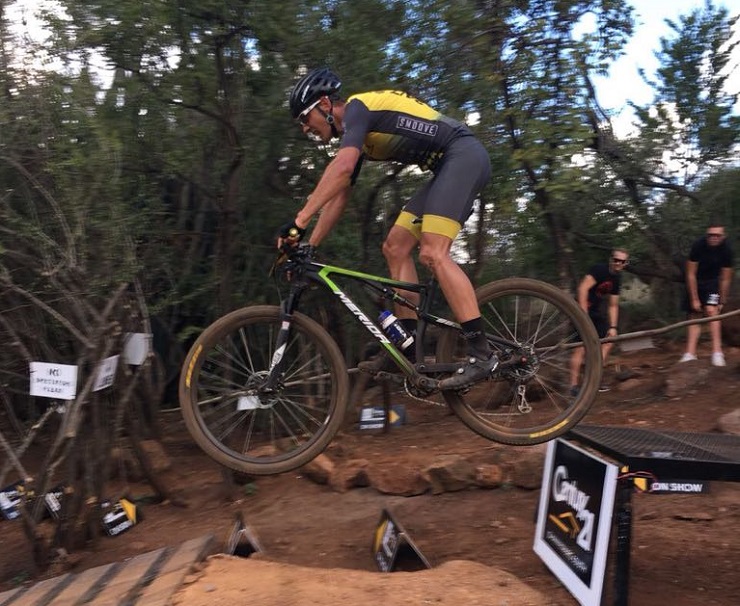 Jan Withaar will be vying for a podium spot in the elite men’s South African cross-country championships tomorrow. Photo: Supplied

Hatherly, the former champion who is the highest-ranked South African mountain-biker by a considerable margin, is set to take part again tomorrow.

However, Withaar felt it was important not to place all his focus on “just one rider”.

“Every cross-country race is different,” he said. “Sometimes you’re further ahead and other times you’re behind.

“I have discovered that it is wasteful to think, focus or plan your race around just one or two riders.

“Their race is out of my control and does not benefit me in any way. Anybody in the first two or three rows can have an effect on how your race pans out.

“It will be important to measure your efforts correctly so that you are not held up unnecessarily on the first lap. A number of scenarios can play out, so the best thing I can do is to keep an open mind.”

Withaar is preparing for a “rocky” course at Happy Valley Conservancy, saying it could pose a challenge on race day.

“It will be a challenge to stick to the path with the least resistance,” he said. “There are so many rocks at Happy Valley so for every rock you hit there is unnecessary momentum lost.

“It will be important to not push too hard that you make mistakes on the descents and technical sections which can result in you losing a line or falling.”

The 35-year-old has not had the best build-up to the marathon championships since he suffered a “big” crash at the UCI Mountain Bike World Cup in Nové Město at the end of May.

“Although I didn’t want to accept it, I was forced to concede at the national cross-country event at Mankele [on June 16]. My body did not respond well and I knew the only way to calm down was to render myself ‘sick’.

“I took the time I needed to recover and I took a lot of pressure off my shoulders ahead of the SA champs.

“I have been able to re-establish a good rhythm over the last two weeks. I feel healthy now. I’ve taken it day-by-day and done everything I could.

“I now look forward to see what it will reap,” he added.