Kent Main is grateful to have been selected as one of three stagiaires for the Dimension Data WorldTour team for the rest of the season, saying it was one the main goals he set himself at the start of the year.

Main has ridden for the DiData Continental side since winning the Tour of Good Hope in March last year.

He will now serve an “apprenticeship” with the WorldTour outfit alongside teammate Matteo Sobrero and Briton Connor Swift of team Madison Genesis.

“I am very grateful for this opportunity,” Main told In the Bunch. “It’s been one of my main goals and it has been a somewhat stressful year so far.

“I’m really excited and I can’t wait to get started.” 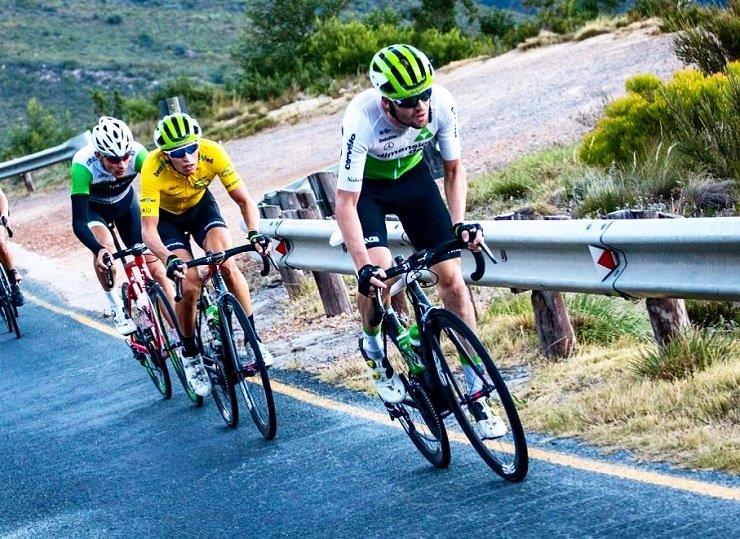 Kent Main (front) is grateful to have been selected as one of three stagiares for the Dimension Data WorldTour team for the rest of the season. Photo: Rob Ward

The three stagiares won’t take part in actual WorldTour events during this period. However Main, 22, said he hoped to make his presence felt over the next five months.

“My biggest objective is to take away as much from the experience as I can,” he said. “I want to compose myself around the team in terms of supporting them in races while learning a lot outside of races as well.

“That includes learning how to be professional and how to carry yourself in general.

“I’m really looking forward to racing with some experienced guys. I’m not sure yet who all I will be riding with but I’m quite sure I can take something away from each rider on a personal level.”

Main, who rode for RoadCover before joining the DiData fold, added that he hoped to gather a lot of confidence in his attempt to achieve his “biggest goal”, which was to sign for the WorldTour team next year.

His first race with the team is the Arctic Race of Norway from August 16 to 19. He is, however, still uncertain what role he will play.

“I’m not too sure yet what will be expected of me,” Main said. “I will probably have to play a good supporting role and look after the guys as much as I can in terms of sprints or similar stages.

“Who knows? Maybe on certain days where there are a few more climbs I can have a bit more of a free ride and see if I can get a result myself.

“Either that or I will help with the positioning of the other guys on the climbs. It will be important to keep them going forward in that instance.”

Main will be joined by Swift in the Norwegian four-stage race.

He said he would not race with Soberero because as teammates in the Continental side they already had their own programme and race calendar which they needed to work around.

With the Continental team based in Lucca, Italy, Main said they would try to maintain contact with some of the WorldTour riders living in the area.

“DiData have a little set-up here [in Lucca] logistically, from our management side.

“Some of the WorldTour guys stay in the same area and we do try to get together now and then to do some training rides.

“It is mainly the South Africans who live in Lucca, including Ryan Gibbons, Jacques Janse van Rensburg and Jaco Venter.”

He said he had formed close ties specifically with Gibbons, for whom he had a lot of respect.

“We’re good mates and we do quite a bit of riding together,” he said. “I look up to him; we come from similar backgrounds in terms of cycling and we have ridden together for teams before.

“I have kind of followed in his footsteps in a way. Because we’re close off the bike I ask him a lot of questions and get valuable insights on the WorldTour team.

“It gives me a lot of motivation to see where he has come from and see now what he has managed to achieve.”

Main added that Louis Meintjes was another rider who inspired him because he was “more my type of rider” and was a “young South African who managed to get top-10s in Grand Tours”.