Matthys Beukes says he plans to make the most of his opportunities at the UCI Mountain Bike Marathon World Championships in Auronzo, Italy, tomorrow.

Hatherly won the men’s under-23 cross-country world championship last weekend and he will certainly add international experience to the team.

“It is always a privilege to represent your country so I’m really proud,” Beukes told In the Bunch today. 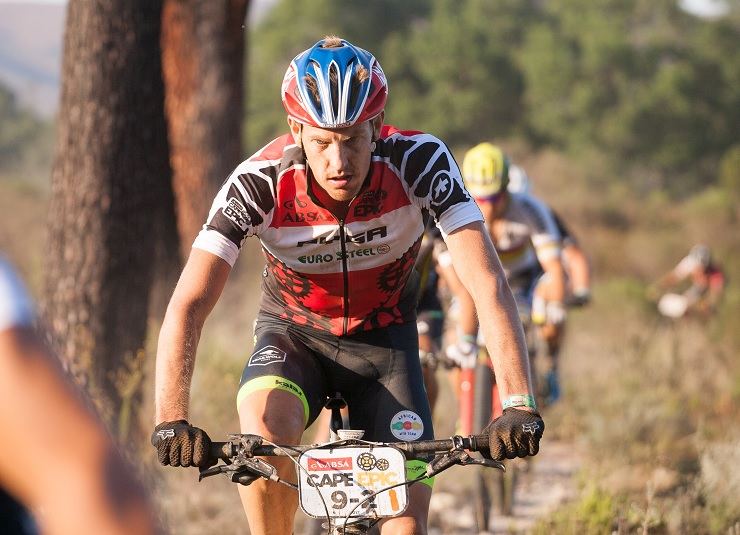 Matthys Beukes (pictured) said he plans to make the most of his opportunities at the UCI Mountain Bike Marathon World Championships in Auronzo, Italy, tomorrow. Photo: Graham Daniel

On what is expected to be a gruelling route against the best competition in the world, Beukes said he would not think about the result on race day.

“I just want to do the best I can, have a good race and ride clever,” Beukes said.

“The rest will follow that and hopefully we can put up a good contest.”

The race is over 102km – starting and finishing in Auronzo di Cadore – and will consist of a total of 4 200m of ascent.

“It should definitely be a hard route,” Beukes said. “It is the world champs so that is definitely what you can expect.

“That’s a good thing. I am aware that there is a lot of climbing but I think that should suit me well.”

Although coming from separate set-ups in SA, members of the team were in “good spirits”, Beukes said.

“We are feeling quite good and I think everyone in the team is in relatively good form.

“I’m pretty sure each one of us will be looking to do well out there.”

With several riders having withdrawn from the world marathon champs – including Gert Heyns, HB Kruger and Stuart Marais – Beukes expressed gratitude to his team for providing much-needed support.

“Most importantly I have to thank PYGA Euro Steel for making it possible for us to come here and represent our country.

“It goes a really long way,” he added.