Today he completed the 258km course, that featured over 4 000m of climbing, in a time of 6:46:41. France’s Romain Bardet was second and Canada’s Michael Woods third. 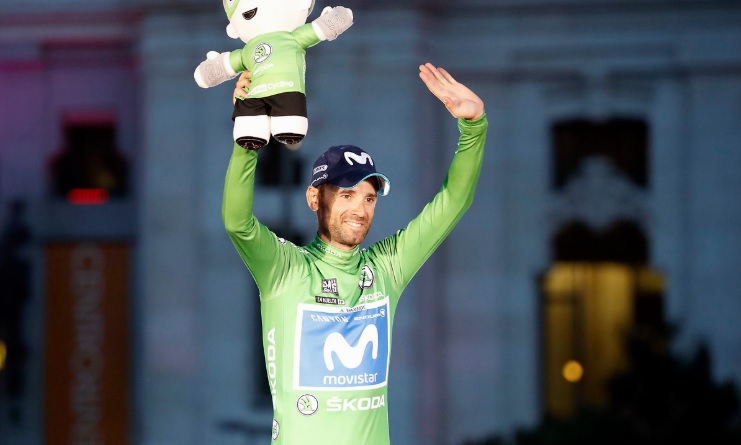 The race started in the town of Kufstein, with seven laps of the 24km Olympic circuit. It then moved out towards the Hungerburg settlement before heading back into the centre of Innsbruck.

Slovenian Primoz Roglic, fourth in this year’s Tour de France, crashed with about 60km to go. But the LottoNL-Jumbo rider resumed the chase and eventually found himself just under a minute behind the main bunch.

With 55km left, Olympic champion Greg Van Avermaet of Belgium executed an attack and generated a gap over the peloton.

At this stage Denmark’s Kasper Asgreen and Norway Vegard Stake Laengen were the leading duo with the peloton 5 minutes and 11 seconds behind.

With 49km to go, Roglic made his way back to the bunch, from which Luxembourg’s Bob Jungels, the United Kingdom’s Daniel Martin and Vuelta a Espana champion Simon Yates were dropped 3km later.

The 2014 world champion, Michal Kwiatkowski of Poland, was the fourth rider to be dropped with 45.5km left.

With 34km to the line Asgreen and Laengen were still up the road with a 2:45 gap.

When the leaders started the climb of Igls one final time they had a 2:11 gap on the bunch with 28km to go.

This was followed by an attack from the Netherlands’ Sam Oomen, who succeeded in stretching the group. But he was unable to create a gap.

With 22km left Van Avermaet was dropped and all riders were back together again, as Oomen continued to set the pace. The Czech Republic’s Roman Kreuziger was second wheel and France’s Thibaut Pinot third.

Manx rider Peter Kennaugh then attacked and opened up a gap ahead of the summit, but shortly thereafter Denmark’s Michael Valgren went clear and led by 15 seconds. Portugal’s Rui Costa started to close in on him with 13km to the finish.

With 12km to go the Danish rider extended his gap to 30 seconds but soon had Italy’s Alessandro De Marchi and Pinot on his wheel. Valgren was eventually caught with 9.5km to the line.

Bardet then put the hammer down with Woods on his wheel and accelerating. Woods, Bardet, Italy’s Gianni Moscon and Valverde formed a group, but Moscon was then dropped.

Valverde hit the front with Bardet attacking and Woods chasing with 6km remaining. They had 13 seconds on the Netherlands’ Tom Dumoulin.

Valverde led on the descent with Bardet and Woods on his wheel and Dumoulin closing in rapidly.

Woods attacked and Bardet chased with 1.9km to go and Dumoulin about to make contact. But Valverde proved too strong and ultimately crossed the finish line in first place.

Valverde described his long-awaited achievement as the greatest moment of his career.

Jacques Janse van Rensburg, who rides for Dimension Data, formed part of the leading break for the majority of the race. The 31-year-old rider from South Africa did not finish in the end.