Ryan Harris will be hoping to claim a hometown victory at the 106km Amashova Durban Classic on Sunday.

The event this year also introduces a longer 160km option, but that is more a part of the Gran Fondo Series.

Harris described the Durban showpiece as one of his main targets.

“It’s been one of my goal races this year to get the win,” Harris told In the Bunch today.

“But in saying that, that won’t be our only card to play. We at officeguru have been quite dominant over the last few races so we have a few options.

“We will be quite comfortable if it comes down to the line.” 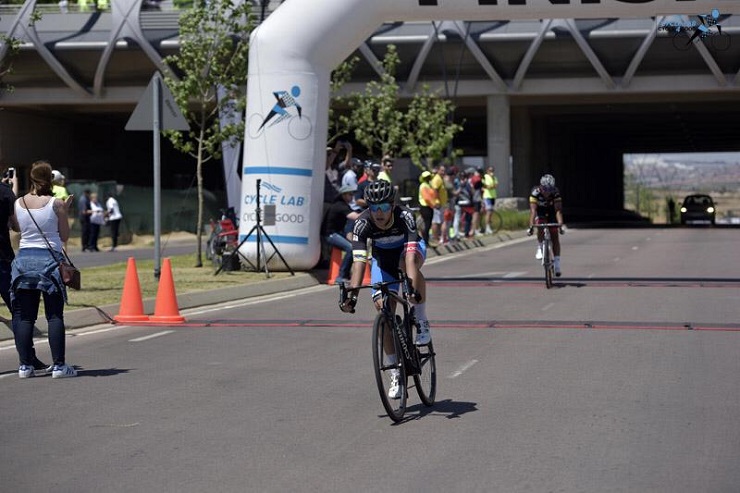 Ryan Harris (pictured) will be hoping to claim a hometown victory at the 106km Amashova Durban Classic on Sunday. Photo: Supplied

Girdlestone said yesterday that the team would be relying on Harris to take the spoils if the race came down to a sprint finish.

However Harris said both he and Girdlestone would most likely take leadership roles on the day.

“Dylan and I will try to help out the rest of the team as much as we can,” he said.

“We’ll still have a team talk before the race where all the guys will be assigned their individual roles.

“On the road Dylan and I will probably talk quite a bit and tell the other guys what they need to do.”

Despite the podium result, Harris described that specific race as having been “quite a big learning curve” for him.

“I sprinted a little too early and took the wrong lines. This year I know what line I feel comfortable taking and then obviously we’ll execute that.”

The 20-year-old broke his collarbone at the Berge en Dale early this year and returned to racing at the Emperors Palace Classic in March.

He said he was happy with his current form. “I’m feeling pretty good. The last few races have given me a good indication of where I am.

“I’m feeling pretty comfortable going into the race,” he said, adding that he saw defending champion Hoffman of BCX and Reynard Butler of ProTouch as his biggest threats.

From his previous experience of the course, Harris identified the Inchanga climb as likely to be the most decisive.

“That is about halfway into the race and if nothing has gone by that climb then the field generally sticks together until the finish,” he said.

“It’s pretty much downhill with a few rollers from that climb until the finish.”