The Bestmed Satellite Classic, to be held near Hartbeespoort Dam in the North West Province on October 13, has plenty to offer cyclists as they prepare for the new road-racing season.

Besides including a number of options in its programme, headed by the feature 110km race, organisers ASG Events are leaving no stone unturned to ensure it is a memorable experience for riders and spectators.

ASG chief executive Fritz Pienaar said they had done much work to improve the traffic congestion of previous races. 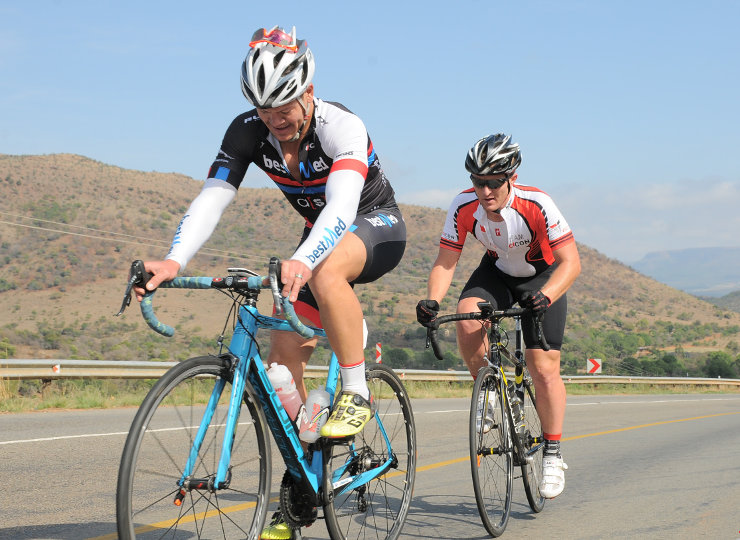 Organisers ASG Events have been working on a number of improvements to ensure the Satellite Classic 110km cycling road race near the Hartbeespoort Dam in North West Province runs smoothly on October 13. Picture: Jetline Action Photography

“This has been a bit of a problem when there was only one entrance and two lanes of traffic,” he said.

“This time we have a second entrance and an exit route will be available to allow for an easier flow of traffic. Motorists should note that this is a gravel road.”

He added that they had also worked on improving the offering at the race village to create a festive atmosphere for cyclists and supporters.

“There will be entertainment and a wide range of food stalls, while a special rate has been arranged for a day-tour at Maropeng’s Cradle of Humankind.”

There is an entry fee of R120 for adults and R85 for children aged four to 18. Students can book for R75 per person on presentation of a valid student card.

On the race itself, Pienaar said they were confident of hosting another top-class event.

“Although some may use it as preparation for upcoming races, the Satellite Classic has legs in its own right and will present a strong challenge to the competitors.

“There are some significant climbs, including the infamous Hekpoort about 30km from the finish.”

A plus factor is that the feature race, as well as the 84km distance, is a premier seeding event for the Cape Town Cycle Tour.

The third race over 60km ensures that the Classic caters for cyclists of all levels.

Entries for the event close at 11.59pm on Wednesday, October 3.