Rohan du Plooy is relishing the opportunity which joining the ProTouch Continental team for next year presents.

The team announced its nine-man team today and Du Plooy, who rode for Alfa Bodyworks-Giant this year, was included.

“I’m very happy. It’s been a hard year and to start off 2019 on a bigger platform is very exciting, not only for me as a rider but also for us as a cycling country,” Du Plooy told In the Bunch today.

“It will be a very good opportunity for me to present myself to bigger and more races, which will grow me as a rider.” 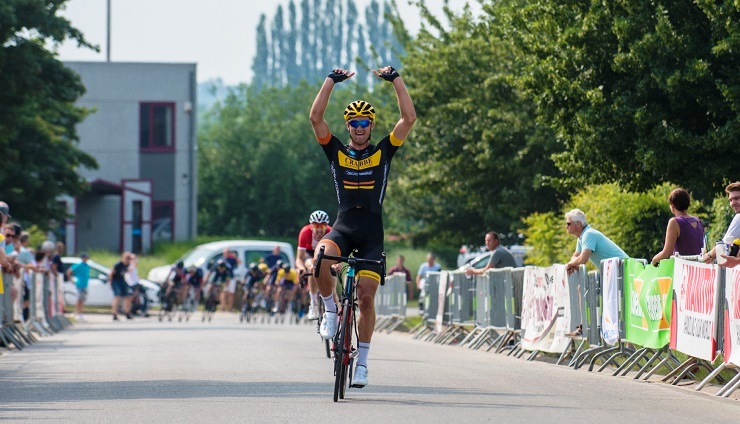 The team said in a statement that they would be participating in events in South Africa as well as UCI African and Asian tours next year.

The 24-year-old said he was identified as a prospect for the team due to his “consistent results throughout the year”.

“They started contacting me halfway through the year, not about next year but more as joining them for guest rides,” Du Plooy said.

“I had a responsibility towards my team from this year so that was always going to be a bit difficult.

“I think they always had their eye on me and when they contacted me a few weeks ago about going Continental, it was a no-brainer [for me].”

The most important aspect within the team, Du Plooy said, would be for them to get along well together.

“The base of the team is more or less the same, but there are a few new guys so it will be important for the guys to gel with each other.

“For the team it will be important to become consistent with the African races; it is a big step up from what we’re racing in now.

“We’ll be racing in many tours so we have to manage that. I think it will be important for the team if we could have one or two good tours in the first half of the season.”

Du Plooy said his first race for ProTouch would be in the Mpumalanga Tour, which starts on January 11.

He expected the “standard to be high” at the Tour du Rwanda in February where they would be competing against various pro-Continental teams.