Jean Spies travelled almost around the world last year in a quest for UCI points and was delighted when he received national selection for the track world champs to be held in Poland this week.

Spies and Charlene du Preez were the only South Africans selected to represent their country at the world showpiece.

The 29-year-old and his manager, Brigitte Mileson, travelled to some 20 countries last year as Spies sought to ensure his world ranking. 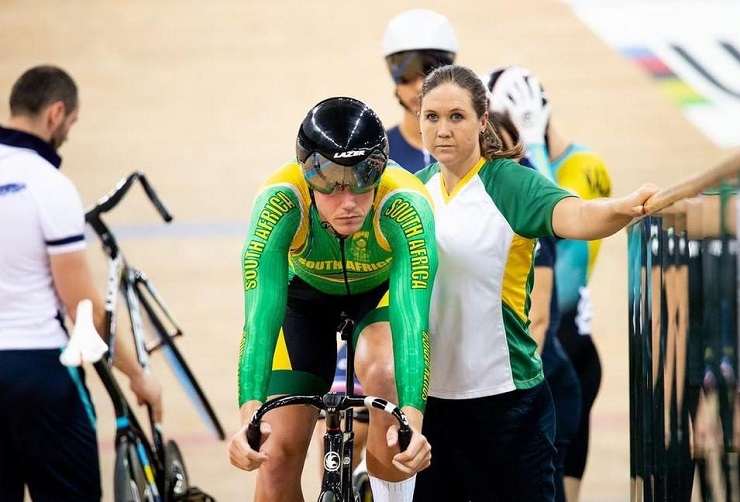 Their aim was for Spies to accumulate as many points as he could while racing in UCI-graded events at all the popular track cycling destinations in the northern hemisphere.

They travelled from the USA in North America across the Atlantic to Great Britain, Germany and the Czech Republic in Europe and then up until Japan in the Far East.

Spies said they made some major sacrifices along the way.

“It’s been quite a process. We had to rough it a hell of a lot,” Spies told In the Bunch today from Pruszkow, where the world champs are being held.

“We didn’t get the opportunity to stay in official hotels or other accommodation, simply because we couldn’t afford it.

“On some of the trips we ended up staying in barns, people’s caravans and all sorts of weird places. That was just to get by and make it work.

“It was a rather interesting trip and year, but it was super valuable.”

The Randburg local, who represents Cycle Nation on the local scene, said he learnt useful things about many other cultures. Regarding track racing he said the level overseas was way higher than he was used to.

“International track racing is miles and miles, and more miles, ahead of SA,” he said.

“Whether it comes down to gear, equipment, racing speeds or racing attitudes, there is a huge difference.

“But I wouldn’t say it’s been a difficult thing to adapt, because you just learn that.

“The environments have been so different and that is what has made a massive difference in my racing and my attitude towards the sport.”

Spies was part of a world cup qualification system whereby only the top 36 riders in the keirin and top 45 in the sprint disciplines qualify for events.

Only from within that system do riders qualify for the world champs and Olympic Games, Spies explained.

“So we needed to accumulate as many UCI points as possible to get to these events and then ultimately to the [Tokyo 2020] Olympic Games.”

The South African has succeeded so far, holding 28th spot in the world keirin rankings with 1 413 points and 41st spot in the sprint standings with 1 045 points.

The 1km time-trial is another area in which Spies specialises. He is ranked 16th in the world, but it’s not an Olympic discipline.

He said their travels had paid off not only practically in terms of the world champs, but also on a personal level.

“In a year I’ve gone down from 11 seconds for 200m to 10 and just by racing in different environments the overall progress I’ve made has had an impact on everything I’ve done.

“I’ve accumulated enough points to qualify and make my mark, so I’m happy with the progress.

“But you always want more points,” he quipped, adding that he would carry on attempting to “knock down doors”.

He said his goals heading into the world champs this week, realistically speaking, were top-20 placings in the keirin and sprint disciplines while he hoped to do “one minute flat” in the kilo time-trial.

Du Preez is on a similar quest to Spies in that they are both chasing UCI points ahead of the 2020 Games.

Although they have travelled different paths, Spies said they provided each other with a lot of mutual support.

“In some of the other national squads you’ll have 19 or 20 riders, whereas we have two.

“We do have to support one another to make our lives a little easier and enjoy the time while we’re here.”