A new route for the Takealot Berge & Dale cycle race will provide competitors with a sting in the tail when the popular road classic takes place on February 23.

Featuring prominently in the closing stages of the 108km feature race in Krugersdorp on the West Rand will be the infamous Sterkfontein climb.

Erick Oosthuizen, chief executive of race organisers ASG Events, said safety issues had played a prominent role in them deciding to reverse the route for the event. 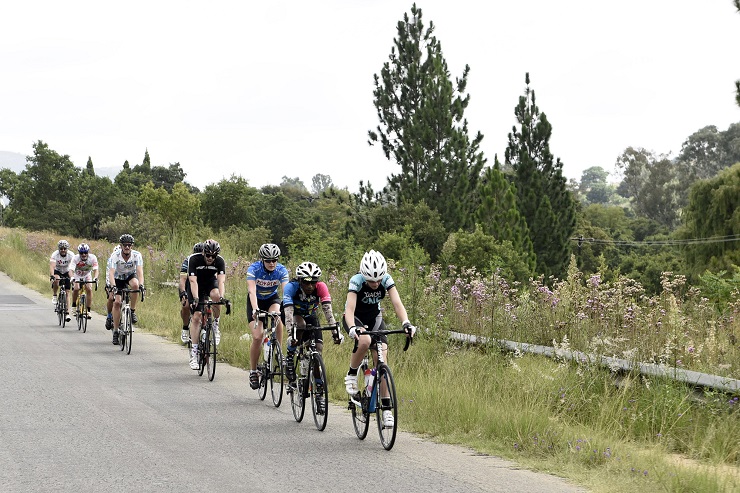 Riders in the Takealot Berge & Dale cycle road race in Krugersdorp on the West Rand on February 23 will face an interesting challenge as they tackle the route counter-clockwise this year. Photo: Mariola Biela

However, he added that the challenge facing the riders would be as tough as in previous years.

“It will definitely test them as you now have to contend with the Sterkfontein climb towards the end.

“The first couple of kilometres will allow them to ease into the race, but the legs will be tested in the cradle [Cradle of Humankind], so they must be careful not to burn all the matches.”

Oosthuizen said he felt the Sterkfontein climb up to Robert Broom could be decisive in deciding the final winners.

“As a safety measure we will finish at the top of the Krugersdorp hill and then the riders will be able to cruise downhill into the race village at the casino.”

Riders in the 60km race, he said, would enjoy “a fantastic meander around the cradle”.

A huge entry is again expected for the race, which includes an alternative distance of 60km. Entries close at midnight tonight.

NEXT ARTICLE | Marc Pritzen: from avid runner to U23 SA cycling road champ