Stuart Marais has remained focused on one of his major career goals, which is to qualify for the 2020 Tokyo Olympic Games. But it will come with serious commitment and against some stiff odds.

Marais was recently selected among a competitive elite field to represent South Africa at the African Continental MTB XCO Champs in Windhoek, Namibia, next month.

The following month he is set to do duty at two UCI MTB world cups – in Albstadt, Germany, on May 19 and in Nove Mesto Na Morave, Czech Republic, on May 26. 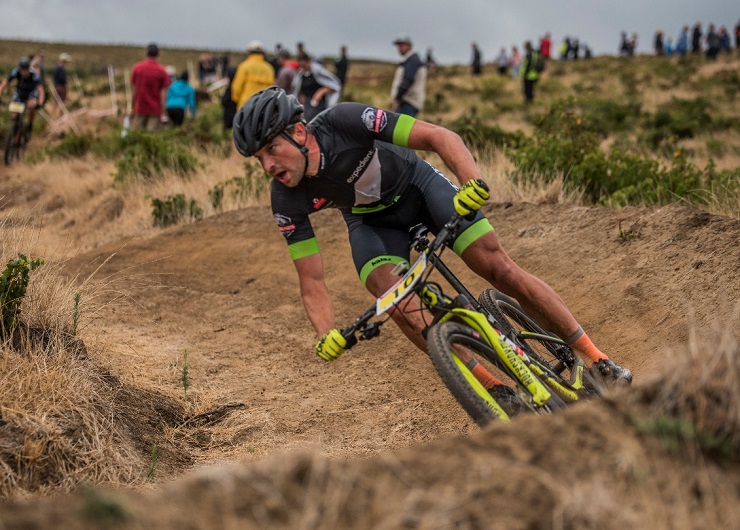 Expedient Africa’s Stuart Marais (pictured) has remained focused on one of his major career goals, which is to qualify for the 2020 Olympic Games. Photo: Gustav Klotz

In his quest to qualify for the Olympics next year, Marais is hoping to garner as many UCI points and gain as much experience as possible in the lead up.

And, although consistently wanting to produce top results, he has broader objectives in mind.

“The world cups are probably the most important events at the moment to be going to, especially for the Olympics,” Marais told In the Bunch today.

“Not only do I have to learn to race at that level and work my way up in terms of my world ranking, but I’d have to try to qualify for selection [for the Olympics].”

South Africa is currently the 16th-ranked nation on the UCI cross-country standings.

According to the regulations, the countries ranked first and second as of May 28, 2020, will each send three riders to the Olympic Games.

With SA most likely to end up in the third bracket, a two-rider short-list will be compiled, before one of them makes the cut.

Marais is currently ranked 91st in the world on the individual XCO standings and the second South African behind Alan Hatherly, who is 17th.

“Ideally, the first goal at the moment is just to qualify for those two spots,” Marais said.

“Thereafter we can start fighting for the position against some of the other South Africans.

“But as it stands we can only send one rider, which Alan [Hatherly] obviously has the best chance of taking.

“The main aim is to get as many UCI points as possible so that out of those two slots I can hopefully be the top rider and take the position.”

Marais has only secured the opportunities to take part in the German and Czech world cups thus far, with more funding needed to compete in the rest.

“Ideally I need to get to all of them,” he said. “It’s great going to one or two and getting some experience, but you have to go to quite a few to actually improve.

“It takes a while to get used to that type of racing and with 150 guys lined up next to you. We unfortunately don’t have that in this country.”

The Expedient Africa rider has however begun his journey slightly on the back foot, having not competed in too many UCI-graded events for the last several months.

“So I’ll be starting a bit further back than what would be ideal. With that being said I’m aiming to start getting into the top 40 so I can do the short-track racing [qualifier] on the Friday beforehand.

“That can possibly lead to me starting in the front two rows, for instance. In cross-country [racing] your start is quite vital.”

The Howick local said he was relatively satisfied with the form he displayed at the internationally-stacked SA MTB XCO Cup Series event in Bloemendal a month ago.

He said he made an improvement from last year’s edition in terms of his time percentage behind the winner.

“I was quite happy with how things went and because of that I got selected for the continental champs, where I’ll be targeting a podium.

“It will be an interesting race. I’m looking forward to it.”