Bradley Potgieter created a big gap on the opening day and successfully defended his lead on day two to win the Cradle Mountain Trophy at Maropeng in Gauteng today.

“It was a tough race but I kept to my goal of winning overall,” Potgieter said after the race.

He added that the 75km first stage was tough and featured a “proper marathon course”. 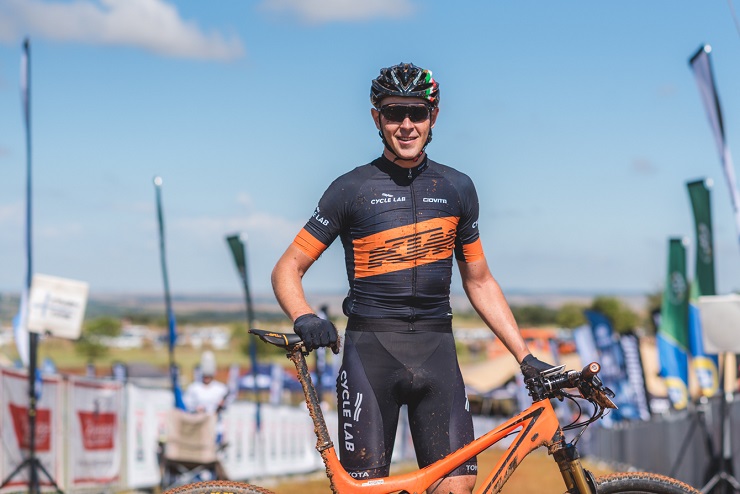 “I made sure to stay calm and within myself; to stick to my tempo and use my fitness from the road.”

Taking full advantage of his good form on the longer stage enabled him to put time between himself and the rest of the field.

“I made sure to make it through the more technical bits safely and made up time on the hills and flatter sections.”

He said during the second stage, which covered 40km, his aim was just to stay upright and in front.

“It was a bit faster so I played it safe then, and I knew I could walk away with the overall win.”

Potgieter said the route was tricky.

“Saturday’s was a very challenging route, similar to Magalies Monster. The Sunday [route] was a bit shorter and faster, which made for some good fun.”

The 30-year-old said the rocky and slippery descents were his biggest challenges, but he had worked on his skills during training and knew that if he kept it steady and did not panic he wouldn’t lose much time.

“The biggest highlight for me was being able to sit comfortably in the lead and control the race.”

This was Potgieter’s first mountain-bike race of the year and he felt happy with the result and with his form heading into several important road races.

“I’ll still be focusing on road events and then fit mountain-bike races in when I can, such as the Trailseeker Series.

“Road racing will still come first, so hopefully my calendar fits together nicely.”

The Cycle Lab/KTM rider, who races for Cycle Power on the road, will compete in the Double90 next weekend and the East Rand Classic the following weekend.