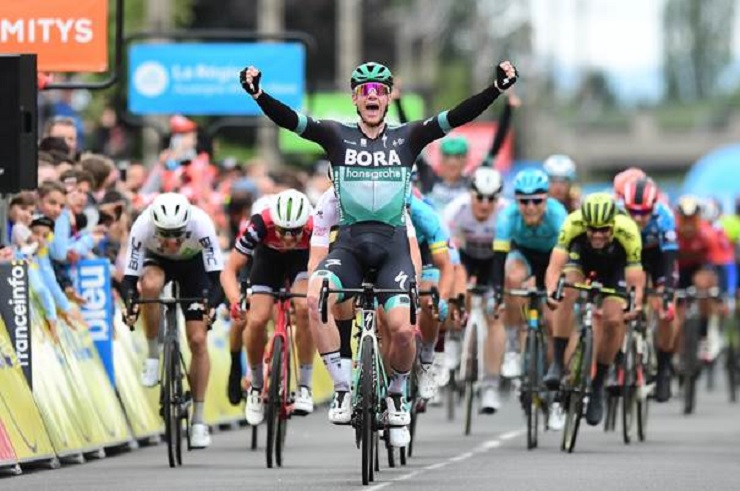 Edvald Boasson Hagen (Dimension Data) moved up to the front under the flamme rouge, but his spot was taken by Bennett who had Edward Theuns (Trek-Segafredo) on his wheel.

Bennett then led the sprint out and managed to take the stage.

“It was a pretty chaotic final. I was a little worried about how my legs were after the last two days, and then it was so cold during the stage,” said Bennett.

“I felt really good in the final. I have to thank the full team again, they rode really hard all day and then the guys did a great job in the final putting me in a good position.

“I’m trying to get a win in each stage race I go to. It’s sometimes hard to keep that consistency all year. I’ve been doing pretty good in the stage races and just want to keep it going.”

Dylan Teuns (Bahrain-Merida) held on to the overall lead.