The University of Pretoria BSc Human Physiology student said he was proud of his achievement at the 25th university champs. But his success had come as a surprise.

“Going into the tour I didn’t have any realistic goal of winning as I’d taken a lot of time off during exams. But I planned on trying to walk away with a stage win or two.” 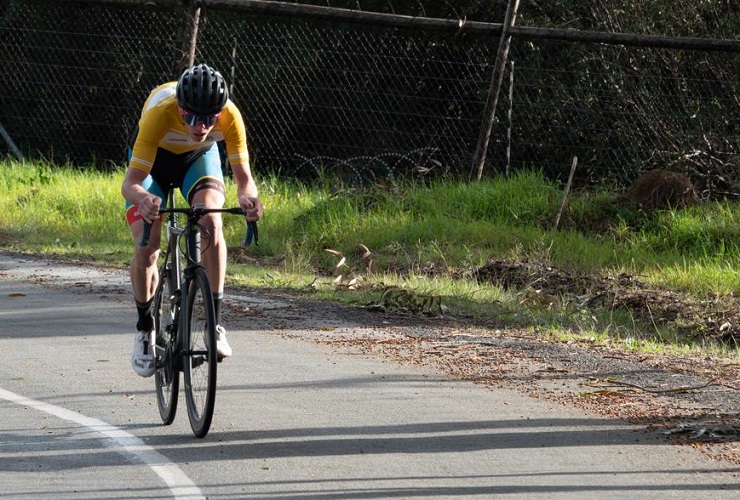 Worsdale achieved this by winning the long-stage road race on the first day of the three-day tournament. He maintained the yellow jersey as he placed second in the short-stage road race on day two and fourth in the hill climb on the same day.

He was runner-up in the third day’s individual time-trial and 24th in the same day’s criterium, in which he received a lap of grace due to him crashing.

The Tshwane Diamond Classic runner-up said he knew the 125km opening stage was crucial as he had not trained that much. He made sure he kept himself well hydrated and fuelled throughout.

He got away from the bunch with 25km to go, before holding on to take the win and secure yellow.

“Day two was the 75km short stage, which I found fairly hard because of the effort from the first stage catching up with me. But I managed to hang in until the sprint and place second.”

He also found the 2.6km hill climb difficult after the previous day’s exertions, which meant he “lost a little bit of time”.

Things went better in the following day’s 25km time-trial where he clinched second place even though he was involved in another crash.

“My shifter was broken and I couldn’t ride anymore. So I had to run to the tech zone to try and get another bike, which thankfully was lent to me by a Varsity College student. I was able to finish and maintain the yellow.

Worsdale, who came third in this year’s Tour Durban, said he felt strong during both the stages, so he was fairly sure he would be able to hold onto the lead to take his first USSA title.

“I competed in my first tournament last year where I finished fourth on GC and took two stage wins.

“Although it’s not the most important race on my calendar, since racing last year I’ve wanted to win [the USSA title].

“I’ve also used it as training for upcoming races,” said Worsdale, who is competing in this weekend’s Jock Classic.