The East Rand Classic will move to a new date next year, taking place in early April instead of its traditional date at the end of that month. 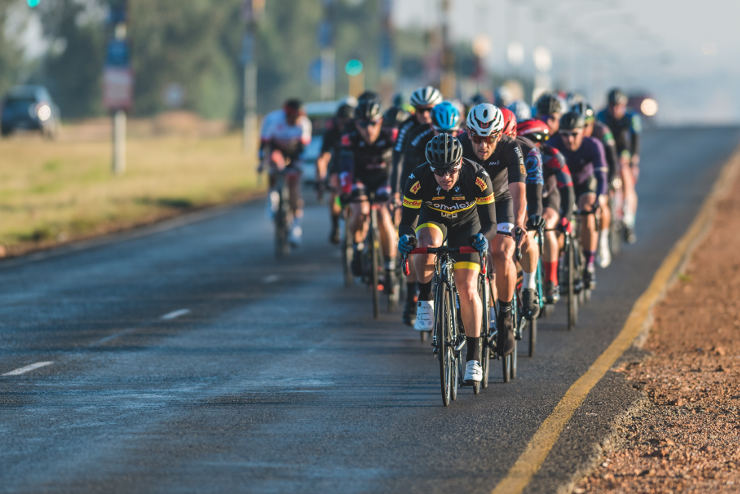 Competitors will have a range of races, including road events of 98km and 45km, to choose from when the East Rand Classic is held in Kempton Park in Johannesburg on April 4 and 5. Photo: Henk Neuhoff

“It is nicely situated between the Cape Town Cycle Tour (March 8) and Tour Durban (April 27), so we believe there will be plenty of incentive for cyclists to enter the Classic,” he said. “It remains one of the most popular races in the region.”

He added that they would again be offering a full package of events over the two days, with the start and finish venues at an Airports Company South Africa parkade adjacent to the OR Tambo International airport.

The programme will kick off with the mountain-bike races of 50km and 25km on the Saturday.

Oosthuizen said the new race venue proved a success this year, providing a much better logistical outcome in terms of access, security and parking.

“The space available in the parkade allows us to create a venue which is user-friendly for both cyclists and spectators.”