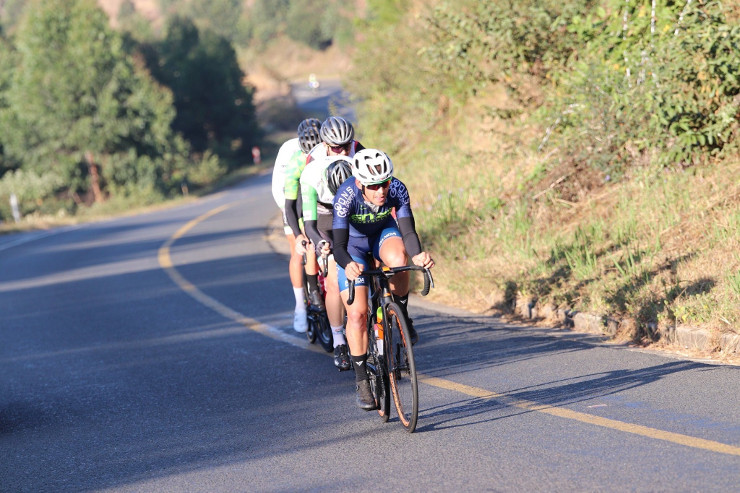 David Maree is relishing the prospect of defending his title when the Takealot Jock Classic road cycling race takes place in Nelspruit in Mpumalanga on Saturday. Photo: Sufiyan Malik (PPS for Professionals)

Defending champion David Maree is fired up to defend his title when the Takealot Jock Classic cycling road race takes place in Nelspruit on Saturday.

Riding for the Enza team, the 29-year-old cyclist from Fourways in Johannesburg said winning a race always made it special and provided motivation to perform well again.

Starting at Mbombela Stadium in Nelspruit, the three-stage, one-day event over 150km will take riders through White River and Sabie before finishing back at the stadium.

Having won his first Jock Classic title last year, Maree is focused on retaining the title.

“You always want to defend a title you have won before, so I am pretty motivated to do well again,” said Maree, who won the points race at this year’s SA Track Championships.

He admitted he had been struggling with “a bit of illness” recently, but added that their outfit had a few cards to play.

“Besides the illness my form has been pretty good. But we also have Steven van Heerden, who has been competing in America and is really strong at the moment.”

The format of the Jock Classic throws up a different challenge, but that does not present a problem for Maree.

“Obviously the three stages mean you have to approach it slightly differently but I am one of those riders who are able to find a rhythm quickly so a race of this nature suits my style,” he said.

“The fact that you have to warm up for each stage does not particularly bother me as I can normally get going straight away.”

With the experience of last year’s race fresh in the memory, Maree said he felt the second stage could be telling in deciding the final outcome.

“Every stage has a major focus point, with stage two being the most tricky.

“On this leg you need to concentrate the whole way from White River to Sabie. If you lose any ground at this stage it will be difficult to make up on the last leg.”

Late entries for the race will be accepted at registration on Friday at the Mbombela Stadium in Nelspruit from 2pm to 8pm.

NEXT ARTICLE | Chance to view Great Zuurberg Trek on SuperSport