Italian Giulio Ciccone, who claimed the yellow jersey on stage six of the Tour de France atop La Planche des Belles Filles yesterday, has renewed his contract with his team, it was announced today.

The 24-year-old Trek-Segafredo rider, who won the mountains classification in this year’s Giro d’Italia, has extended his contract through to 2021.

“I’m super excited to renew my contract,” said Ciccone, who took the maillot jaune, the first of his career, when he placed second in the 160.5km stage. 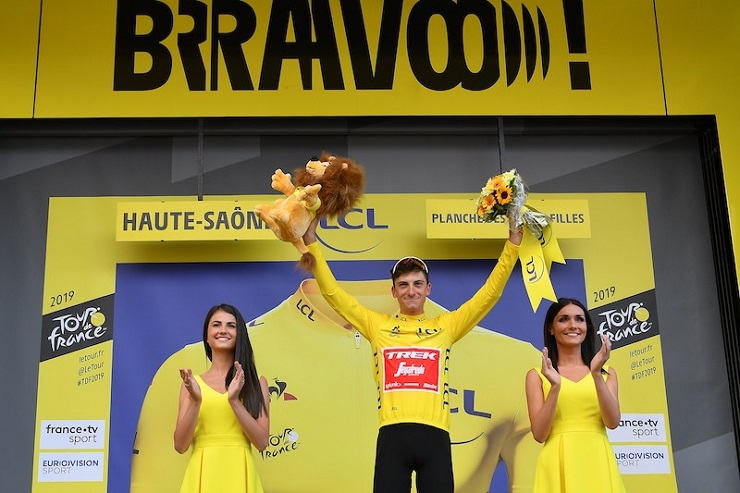 Giulio Ciccone in the yellow jersey on stage six of the 2019 Tour de France. Photo: Supplied

“I’m really enjoying myself in this team. After my Giro there were quite a few teams interested but for me it was pretty clear I wanted to stay with Trek-Segafredo where I feel so at home.”

He said the team was giving him lots of opportunities to grow and learn.

“I mean, look at me, I came to the Tour de France to gain some experience and to support Richie Porte in the climbing stages and here I am wearing the yellow.

“I’ll try to enjoy this jersey as much as I can, but my focus stays with Richie. He’s our leader and I will do my very best to help and protect him as much as possible.”