Stage 20 of the Tour de France has been shortened by 71km because of landslides on the route and severe weather conditions expected today.

This follows the unprecedented halting of the 19th stage less then 30km from the end in the French Alps yesterday due to a hailstorm and landslides.

Today’s penultimate stage, which would have consisted of a 130km route from Albertville to Val Thorens, will now see riders only complete a 59km course.

The leg will start from Albertville at 2.30pm instead of 12.30pm and, after rerouting via a motorway, conclude with the final 33km ascent to Val Thorens, the organisers said in a statement last night.

All the initial sporting points have been withdrawn except for the King of the Mountains standings at the finish in Val Thorens.

See the new route profile for stage 20 below: 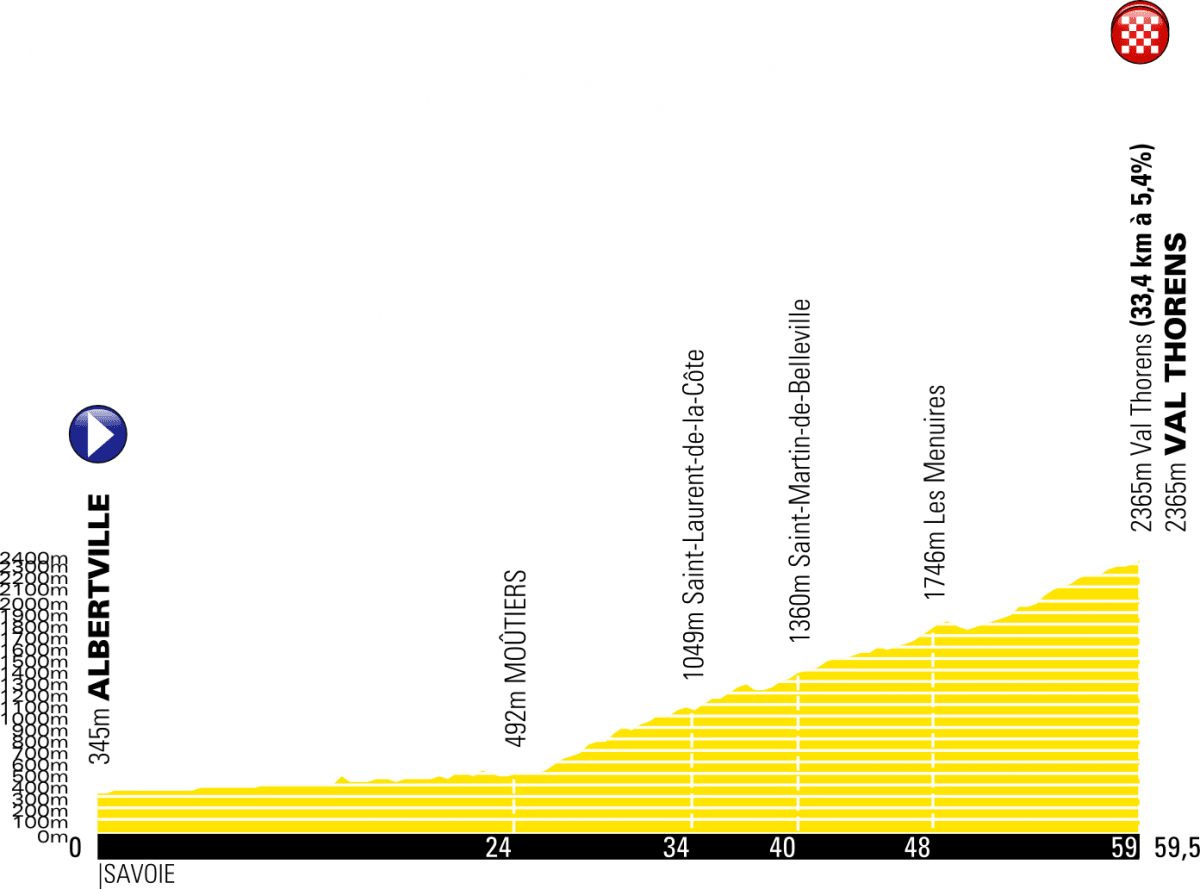