The competitive bug has not abandoned former South African professional cyclist John-Lee Augustyn, who has sets his sights on a series of upcoming cross-country races.

The former Team Sky rider, who retired in 2014, recently took part in a local Italian race which was his first after a five-year break.

Now based in Brescia, Augustyn, 33, placed first in his age category, a clear sign that he has not lost his competitive edge.

“A local bike shop asked me if I could race for them and it was actually nice to be back.

“I decided to target small cross-country races, which fits more in with my work schedule so I don’t have to train for an extensive amount of hours,” said Augustyn, who works for an online bike shop. 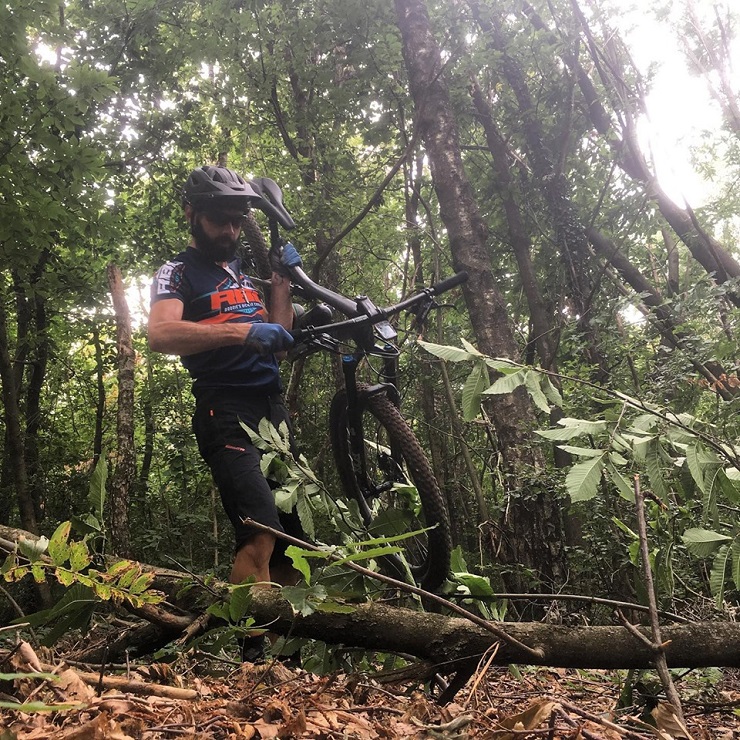 “The bug definitely bit me again. Cycling has always been a part of me though and it was good to be back in the cross-country mix.”

He said when you had a passion for something “you never lose it”.

“It’s always nice to be part of it, especially when you can support young riders and give advice.”

Augustyn, whose top result for Team Sky was a 12th place overall in the 2010 Tour of Austria, has shifted his focus to more of these types of races, as well as some marathons.

“I really enjoy cross-country races as I started out with these when I was younger.”

Regarding cycling in SA at the moment and locals gaining international experience he said the current situation was a bit disappointing.

“We can definitely be much better because we have such strong riders in the country. If we had a proper structure in place like all the other international countries we definitely would be much further than we are now.

“We have more SA riders in the peloton than when I was racing, which is a good thing. Especially in mountain biking, there are some young riders up there in the world class.”

He added that hopefully in the near future cycling in SA could put a better structure in place to support riders more internationally.

“They need to be pointed in the right direction regarding which country to go to and which races to do that suit their abilities.”

His advice would be to never give up and to choose a clear career path. “Try doing the races that suit your character best. It will definitely give you better results.”

Augustyn, who spent most of his career racing internationally and is most famous for his spectacular crash during the 2008 Tour de France, felt that this year’s Tour was very interesting.

“Everyone was excited as it kept you on your toes. I don’t think anyone expected Egan [Bernal] to win. The mountain suited him at the end.

“It actually isn’t really a surprise as he’s such a strong rider. So I’m very happy for him.”

Augustyn, who is originally from Port Elizabeth, felt he was personally in a better space compared to how he felt when he hung up his wheels.

“I’m very happy at the moment. My wife and I have a three-year old boy who keeps us on our toes. Life definitely changes after you have kids.”