South African Devin Shortt pushed himself through debilitating pain following a crash in the Vuelta Palencia to ultimately help his team achieve top results in the four-stage race in Palencia, Spain, last week.

The Caja Rural-Seguros RGA rider was about 30km from the end of stage one when he went to the support car for a bottle. While making his way back he encountered a big pile-up that had just occurred on a steep descent.

Shortt was riding at 50km/h when he came upon the pile-up. In taking evasive action he rode into the barriers. His left leg took all the impact as he hit the deck hard. 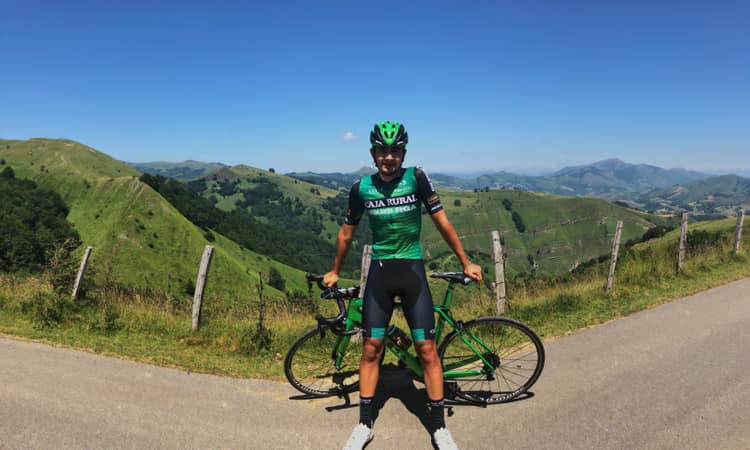 “I had to do most of the tour pedalling with one leg but I was happy to help where I could to secure the objectives,” he said.

“On the third stage I could feel during the first few kilometres that my leg was far worse.

“I knew it would be a long day, but I did as much as I could to help.”

His team went on to win the mountain and sprint jerseys, as well as the overall lead and team classification.

“I was disappointed that I couldn’t do more for my own objectives. But after the crash and losing time, and with an overall lack of power in my left leg, my focus changed to solely working for the team.

“This is a big tour here in Spain and to achieve the results we did was amazing. We couldn’t have asked for more.”

The 20-year-old, who signed with the top under-23 team at the end of June, said he felt blessed to be part of the outfit.

“The set-up and professionalism is hard to match. I’m looking forward to seeing more results in these colours.”