The school has to go through a process before the sport becomes fully established, but the hope is this will happen within the next two years.

Well-known cycling commentator and former professional Johnny Koen, who became the school’s first Springbok in 1981, is delighted at the move.

“With cycling being the fastest growing sport in our country and one of our very favourite pastimes as a nation – boasting one million such participants – Framesby’s decision to do so is spot-on.”

Koen matriculated in 1975 and made the junior Springbok team the same year. 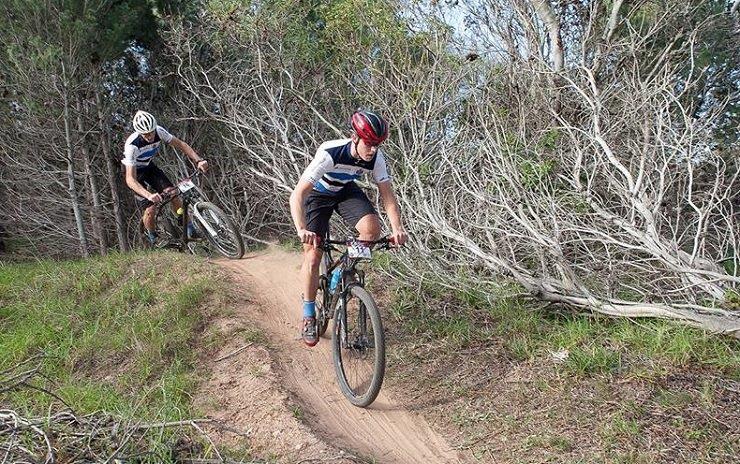 “I was disappointed at the time, and still am, that I wasn’t awarded school colours when making the national team and winning The Rhobolts Tour [of Rhodesia] as part of that team.”

However he said he was deeply honoured to be recognised as the first recipient of Framesby’s “Name-Builder” award at a gala evening in 2017.

“Champion jockey Piere Strydom and former Olympian athlete Heide Seyerling were the next two recipients of this award, leaving me understandably extremely flattered by this gesture.”

Koen believes the main catalyst for deciding to make mountain biking official is the Schools MTB League that takes place countrywide throughout the year.

“This series encourages school teams, rather than clubs or individuals, to participate. The cycling bug has bitten our schools, many of whom are making cycling an official sporting code.”

With his purist racing background, Koen hopes to see national champions and even Cape Epic or Tour de France winners emerge from the PE-based school.

“However, en route to that the camaraderie, participation as well as physical and mental benefits all go without saying.

“I look forward to supporting the school’s endeavours as well as trying to secure the services of a suitably qualified cycling coach in PE.”

Mariska Basson, an English teacher at the school, discovered mountain biking a few years ago when jogging “became a pain”.

“Last year I decided to enter a race and when I looked at the racing calendar I saw there was a league for schools.

“I thought that if I enjoyed it that much then there must be kids in my school who loved it as well, so I started enquiring.”

Basson took the suggestion to the management team of the school who presented her proposal to the governing body. They then gave her permission to see whether there was interest.

“A meeting with interested pupils and parents was arranged and we’re now running it as the Framesby Mountain Bike Club.

“That means that we’re in a trial period where pupils train mainly on their own. There is no reward system so they can’t get colours yet, even if they perform well.”

She said at the moment, out of the 30-plus pupils who were interested they had about 12 riders and their parents who were actively involved.

“I have had a lot of help from Suzie du Plessis, who is in charge of mountain biking at Grey High School. They started as a club three years ago, became a ‘cultural activity’ last year and now in their third year it is recognised as an official sport.

“We’re also trying to get all the organisers of mountain biking from the schools in our area together so we can try to further the sport in the city.”

For the club to become an official sport they need to have a coach, at least two scheduled training days a week, a budget, official team-wear as well as a policy for the sport that will determine rewards.

“We also do not have the equipment to transport riders to races yet.

“Hopefully we can get all of that in place in the next two years. For now, I’m just trying to motivate pupils to see it as a possibility and for parents to get involved.”

Basson said it was also difficult to establish a new sport at a school as one could not compete and interfere with traditional school sports such as rugby, netball and hockey.

“The calendars at schools are also very full, but I believe there is a place for this sport which is gaining popularity all over the world.

“There are individuals who love mountain biking above all else and we should give them the opportunity to develop their talents.”