Gert Heyns said he was satisfied with his second place in the fourth leg of the Trailseeker Series in Wellington yesterday considering the highly competitive field he was up against.

The 26-year-old Stellenbosch local said his goal was definitely to win, but even though he failed to do so he did manage to gauge his form and get some good training in ahead of next month’s Cape Pioneer Trek, which he will tackle alongside Arno du Toit. 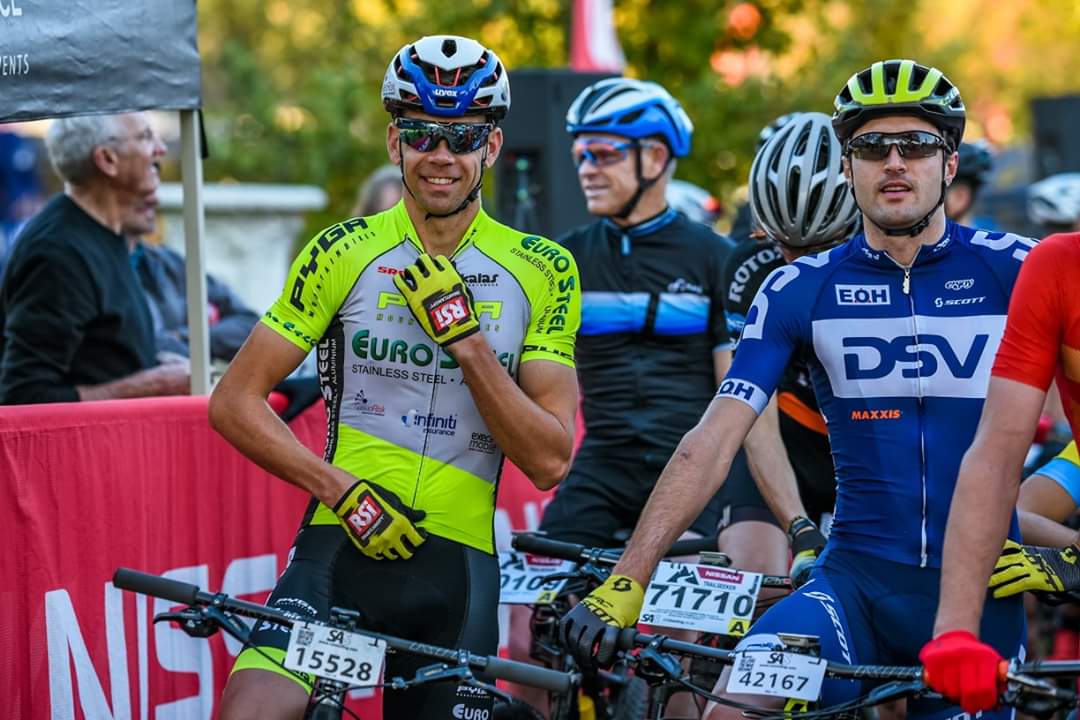 “A group that consisted of me, Matthys, Philip, Marco [Joubert] and Keagan [Bontekoning] formed early on.

“On one of the first of the longer climbs it was whittled down to me, Philip and Matthys.”

Heyns, who won the USSA mountain bike race in June, said both Buys and Beukes put in a few attacks, but he managed to follow their moves.

“On a few of the downhills I opened a small gap, but they caught me again.”

He said he tried to keep a consistent pace and planned on making a move on one of the last few climbs, but with 15 to 20km to the finish Beukes put in a big attack and managed to open a gap.

“From there I was on my own in second all the way to the finish.”

The DSV rider said he enjoyed the course, especially because it had a reasonable amount of climbing and single-track sections which suited his riding style.

“It was also a perfect riding temperature, although a strong headwind during the first half neutralised the racing to some extent as no one really wanted to ride into the wind on their own.”