Kwano Academy rider Siphe Ncapayi pulled off a stunning achievement in his first London-Paris race at the end of last month.

The 20-year-old Plettenberg Bay resident, whose goal was to win the king of the mountains, was crowned the overall U23 winner in the race which takes cyclists on a 500km journey from London to Paris over three days.

“I’m so excited. I didn’t expect this at all,” said Ncapayi, who was invited by the organisers of the European race after he won the U23 polka-dot jersey in the Cape Rouleur in March. 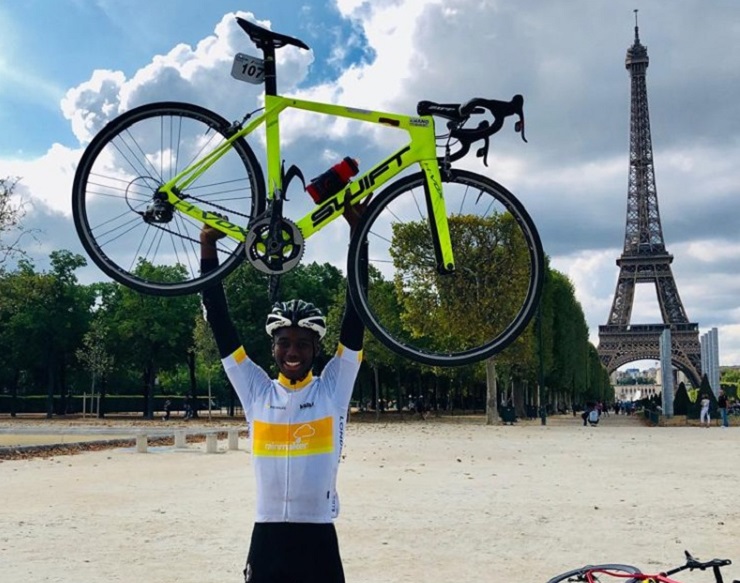 Kwano Academy rider Siphe Ncapayi was the overall U23 rider in the London-Paris race, which finished at the end of last month. Photo: Facebook/Siphe Ncapayi

The mountain-biker competed against a field of local and international pro riders in the Western Cape event, which was his first on a road bike.

His impressive performance earned him a fully sponsored trip to the United Kingdom to train for and ride in the international race, which takes competitors towards the final stage of the Tour de France.

Ncapayi went on to place fifth overall on the first day, from London to Calais, and second in the U23 category.

“Earlier that morning I was a little nervous because I wasn’t feeling well.

“I did manage to take the king of the mountains, which was tough to achieve.”

In the final kilometres he was worried due to the wet conditions and feared he wouldn’t make it to the line.

He managed to complete the stage, however, even though he suffered a crash.

Ncapayi finished 11th on day two, which ended in Amiens, and first in the U23 race.

“It was a challenge for me to defend my jersey but I made sure I did,” said Ncapayi, who kept his lead going into the final day, where he placed 23rd overall.

This achievement boosted his confidence as he now aims to ride for a professional team and eventually compete in the Olympics or represent South Africa at other events internationally.