Making her debut at the 12th edition of the Games, the 18-year-old competed in the women’s cross-country race last week where she beat second-placed Mauritian Aurelie Marie Halbwachs by nearly a minute.

“Winning gold was extremely special, especially when I realised it was the first medal for SA at this year’s Games,” Keep said. 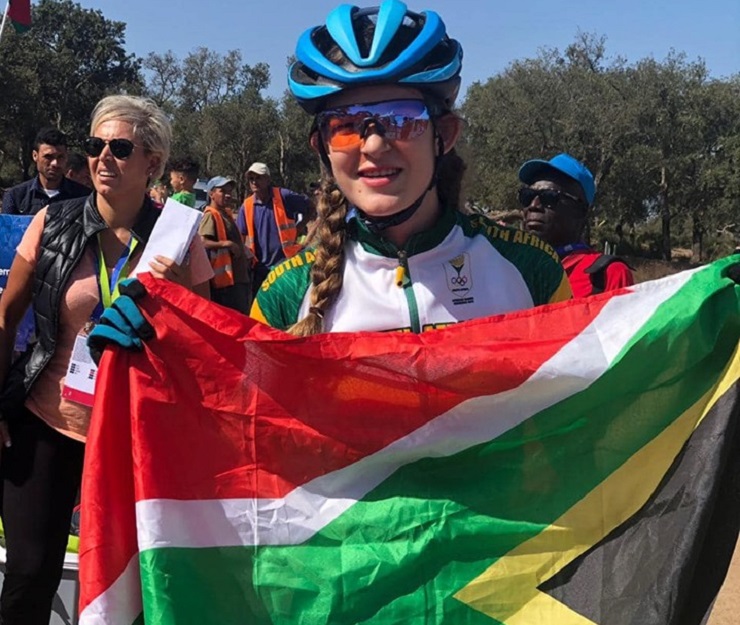 “I feel very honoured to be able to have achieved that for my country, as well as the fact that this was my first experience of the Games.”

Keep, who arrived in the country a day before her race, said she did not expect such a good result.

“I was just going to do my best and thankfully it paid off and I walked away with the win.

“This means a lot to me personally. It’s quite something to win a medal at this event as it really is a big deal. I can basically describe it as the Olympics of the African continent.

“It’s really special to have achieved something like that. It was a small milestone in my career as a cyclist and hopefully one that can propel me further towards my future goals.”

The U23 national road and time-trial champion said the win boosted her confidence as she headed into the team time-trial at the weekend, which she won alongside Maroesjka Matthee, Carla Oberholzer and Zanri Rossouw.

“It meant my form was there and I just had to pull it together for race day.”

For Keep her overall experience of the Games has been quite positive even though the team encountered some challenges along the way with the race organisation not necessarily always running smoothly.

“It is kind of expected though when you have a logistical event like this, with a huge number of athletes competing at the same time. It was a struggle to get used to.

“Other than that it was great being with a group of cyclists who were all positive and motivating. I enjoyed spending time with them and getting to know everyone better.”

The cycling component of the Games concludes with the women’s and men’s road races tomorrow and on Thursday (the 28th and 29th) respectively.