Timothy Hammond, who rode alongside Julian Jessop, said he was satisfied with their 14th overall placing in this year’s Swiss Epic.

It showed, he said, that they were able to compete with strong European teams on their home terrain.

The pair were the highest-placed South Africans when the fifth and final stage concluded in Davos, Switzerland, on Saturday (August 24).

The event was won by Italians Michele Casagrande and Fabian Rabensteiner. 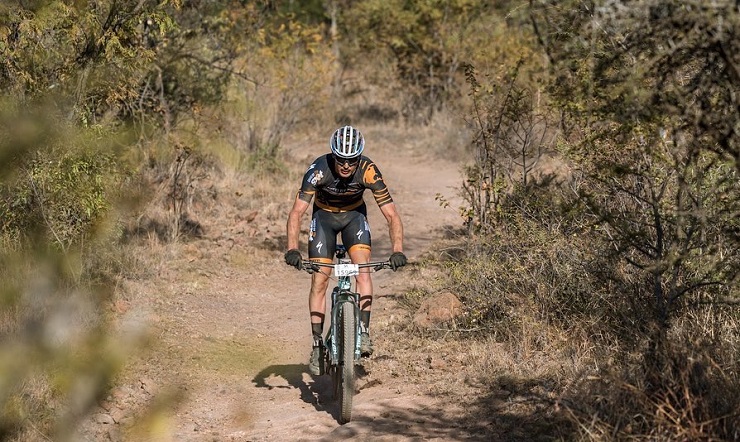 “There’s still room for improvement and I believe we can challenge [for a place in] the top-10 next year with this experience under the belt,” said the 31-year-old Hammond, who finished 19th with Alan Gordon last year.

He added that he and Jessop, 22, had been working hard over the last few months for the upcoming Cape Pioneer Trek, so they knew they would be in decent shape for this event.

“I’m glad we were able to pull it off and get a good result.”

Hammond said the opening 86km stage from Davos to St Moritz was the toughest.

“I think my lack of racing recently, the travel and possibly the altitude made it tough. It also rained non-stop so was very messy, although I enjoy racing in challenging conditions so that wasn’t a factor for me.

“Stage one did blow the cobwebs away because I felt a lot better from then on.”

He added that another obstacle was that there was very little time for recovery during each stage as they went straight from long climbs into fast descents which the Europeans were quick to exploit.

“We had to ride aggressively on the trails to maintain the gaps we built on the climbs.”

Hammond said Jessop was great to ride with as he was a “super-strong” all-rounder and enjoyed having fun, even in the heat of racing.

“It’s great. He keeps the morale high. We often told each other to check out the view or enjoy the shred on the flow trails.

“Julian also did a lot of the donkey work, while I’m trying to find my legs again. Hopefully I can pay him back at the Cape Pioneer.”

The views were definitely a highlight for Hammond as he found the scenery spectacular.

“We cycled under old railway bridges built of stone, along trails cut into the side of high mountains, down many kilometres of manicured flow trails and on top of high ridges overlooking the Alps and lakes.

He added that he enjoyed this year’s edition as the Graubünden region was different to last year which “was spectacular in another way”.

“We were really treated to some fantastic flowing natural trails.”

Hammond felt it was great to race in the “super competitive” European environment every now and then to lift one’s game.

“This race in particular is also a good altitude training block before big SA races like Cape Pioneer and Wines2Whales.”