Strydom, who was selected by ProTouch’s Myles van Musschenbroek who received an invite from the event organisers, set off on this last-minute adventure alongside Brendon van Eeden and Pieter du Toit.

Strydom achieved a fourth place in the Sakarya Marathon last Friday and finished 10th in the Sakarya XCO Cup on Sunday, while Van Eeden placed 15th and 23rd in the respective events and Du Toit sixth in the XCO race. 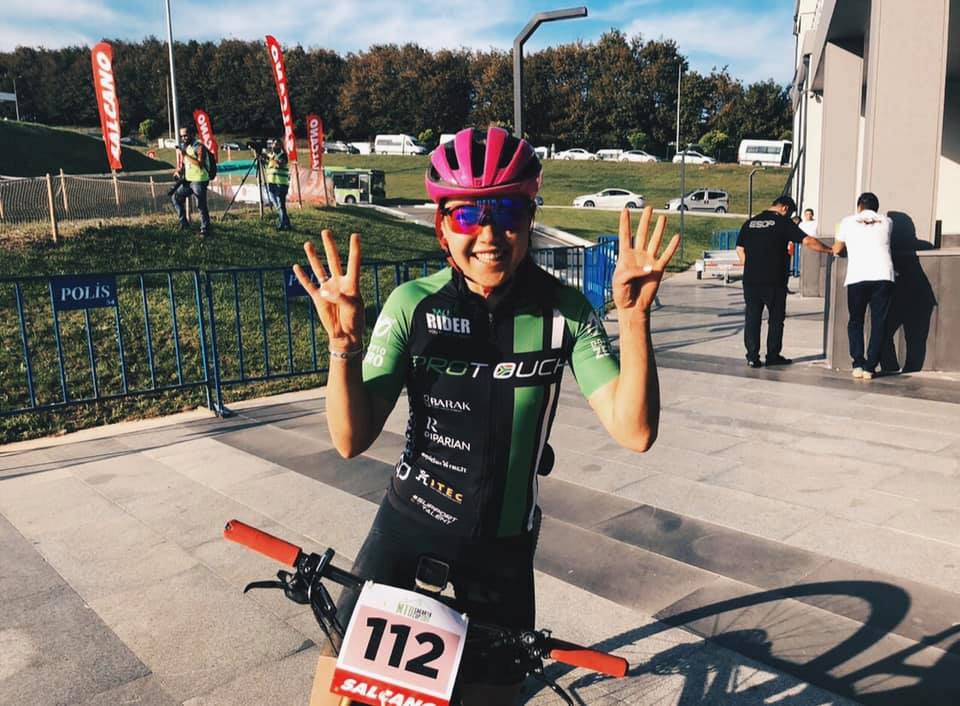 “The marathon was the hardest race I’ve ever taken part in. I won’t sugar-coat it.

“It was amazing though to race 93km with just under 3 000m of climbing, which is almost undoable.”

The 20-year-old said it was an incredible race for her because she was able to learn how far her mind could carry her even though her body felt like it could take no more.

“I really had to dig deep and talk to myself. I was so happy and proud of how deep a hole I could talk myself out of and how far and hard I could push myself.”

Strydom added that 16 girls took part in the marathon, with only six finishing.

“That just gives you an idea of how brutal it was.

“Although it might not seem so impressive to some, a fourth place meant a lot to me and I’m proud of how I suffered to get it.”

Regarding the XCO race, she was still happy with her result although she did not practise any a-lines beforehand.

“I’m flying to Windhoek for a road race [today] and didn’t want to risk getting hurt, so I decided to just do b-lines. My legs were finished from the previous race anyway.

“Penny wise and pound foolish is how I could summarise it. I lost a lot of time and knew I could finish sixth or seventh if I had good lines, but I’m still content with how I rode.”

Strydom felt it was important for her to compete in events such as this as it broadened her horizons on many levels – culturally and fitness-wise.

“I’d recommend it to anyone who wants to better themselves as a person and cyclist.

“Travelling is one of the best things you can do and it opens your eyes to so many things. It gives you a better understanding of how cultures work and why they work the way they do.

“We met a lot of awesome people and made good contacts. They spoke about inviting us to two other events next year.

“That just goes to show that one small and spontaneous decision really can make a big difference. It could go either way, but you’ll never know unless you make a big leap and I’m so grateful I did.”

Both events took place at the venue for next year’s UCI Mountain Bike Marathon World Championships.‬

“Knowing the course now and what to expect was important to tick off the list. Obviously it wasn’t world champs, so it might not be as easy to get the positions I did, but it’s good to know what I’m getting myself into.

“I was also given more insight into what and how to prepare for the world champs. If I do get selected for the national team I’d be so stoked.”