South African Ryan Gibbons will pull out all the stops to support his countryman Daryl Impey at the UCI Road World Championships in Yorkshire, United Kingdom, this week.

The 25-year-old Dimension Data professional, who will line up for the elite men’s road race on the 29th, said the event suited him but Impey was currently the better candidate.

“I don’t really have personal ambition for this year. I’ll do what I can to assist him wherever needed.” 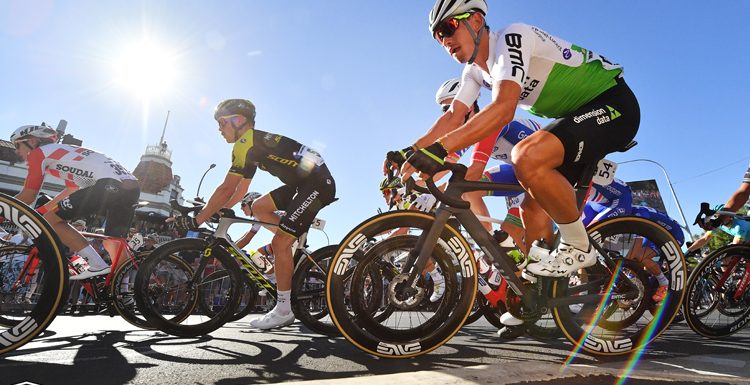 Regarding strategies for the race, Gibbons said these would be discussed at the event.

“I’m expecting it to be pretty straightforward though. Daryl has had a phenomenal season and proven he can compete with the best on this type of terrain.

“I have no doubt the strategy will be to support him in every way possible.”

Gibbons added that most of the competitors at worlds had had the same year-end programme as him. So things wouldn’t be too different apart from the fact that he would be riding for his nation instead of his trade team.

“I’m looking forward to riding alongside Daryl for the first time, instead of against him.”

This will be Gibbons’s fourth worlds. He crashed out of the first one in Holland as a junior. His second was the U23 worlds in 2015 in Richmond in the US, where he was also affected by a crash on the last lap.

He raced in Doha the following year as an elite, even though he was still U23.

“That was the year cross-winds ripped up the race and only about 35 riders finished.”

Gibbons, who won the time-trial and placed second in the road race at the recent African Games, said it was a great honour to compete against the world’s best.

“Racing for the coveted rainbow jersey is a very special thing and a top result at the world champs can change a rider’s career.”

He added that this was likely to be his last race of the season, so he hoped to end on a positive note.

“It would be great to take some confidence into the off-season and ahead of my preparations for next year.

“I feel like I’m steadily on the way up and my [performance over the] last two months has been pretty solid.

“In the next three weeks and upcoming races I’ll be doing what I can to ensure I’ll be in the best shape I can be.”