“It was a close call whether we could bring back the breakaway in time, but the boys timed that perfectly. It was a difficult finish, slightly uphill and ideal for me,” said Groenewegen.

“At first I thought I had started the sprint too early, but I immediately created a gap and I luckily could keep that all the way.

“The team was very impressive today and the lead out very good. After a difficult period, I’m more than happy to have claimed my second stage victory here today. That feels good.” 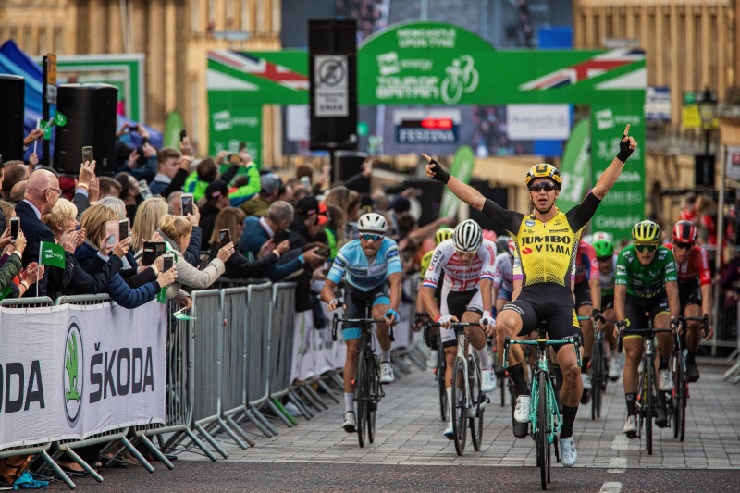