South African Joanna van de Winkel gained valuable experience at the recent Tour Cycliste Feminin International de l’Ardeche in France, where she had to overcome a number of challenges and setbacks.

Importantly, she said the event helped prepare her for what to expect at this weekend’s elite women’s road race at the UCI Road World Championships in Yorkshire, England.

Van de Winkel placed 32nd overall in the seven-day tour that finished in Privas on September 19. She had competed in the race three times previously and said each year threw up different challenges.

“Coming from SA we are not used to riding so many hard and long days in a row,” said Van de Winkel. 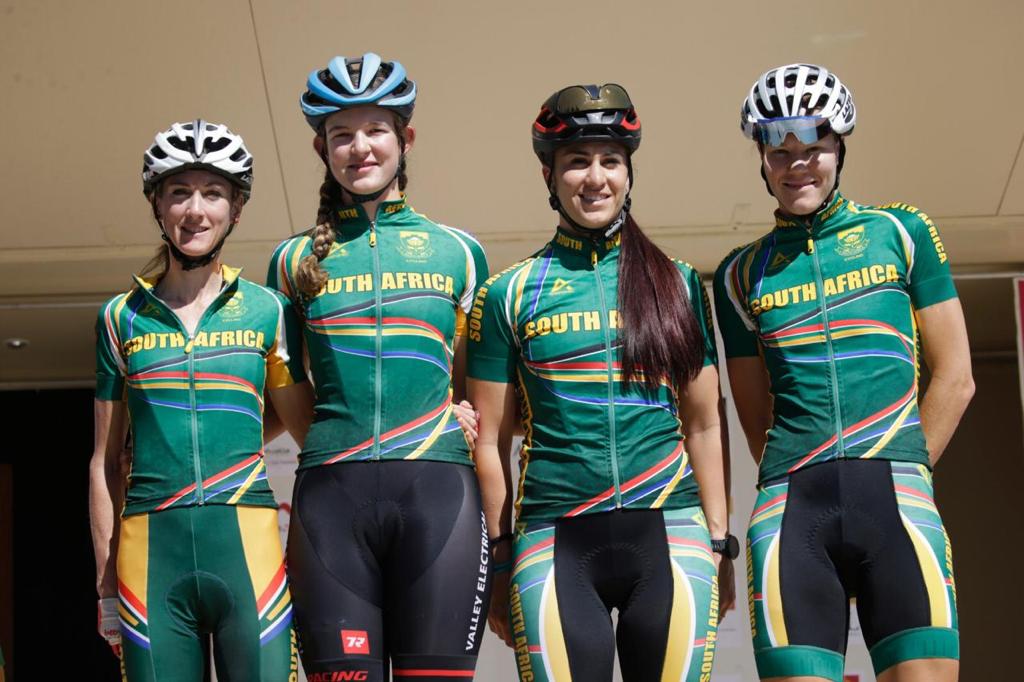 “But more than that, the route is very technical and the bunch is big on narrow twisty roads with plenty of switchbacks up and down which we don’t have in SA.”

She raced alongside fellow South Africans Tiffany Keep, Maroesjka Matthee and Nicola Biani, all of whom were unable to complete the tour.

Van de Winkel said the technical course required plenty of braking and accelerating, which meant one needed to concentrate continually while riding in a big bunch.

“If you’re not used to all this your stress levels as a rider are high and this prohibits you from riding to your full ability.

“The other factor I battled with initially was the heat. The racing in the EU starts in the afternoon around 1 to 1.30pm when the temperatures were in the high 30s, reaching 40C. This means you must stay hydrated, and feeding en route is important.”

She felt bunch riding on that scale was a skill one needed to practise and compared it to being in a giant washing machine.

“You need to keep making sure you get into the right flow or else you end up at the back.

“There are always people who don’t hold their line in the bunch and those who ride straight through it or try to take the smallest gap they see.

“As long as you focus on what’s in front of you and your front wheel and go with the flow or take the gaps to keep moving forward you generally don’t care what happens behind.”

While Van de Winkel was not disappointed with her overall result she was not satisfied either.

“I’ve done better before but I can see the level of women’s racing since I was last in the EU has definitely got stronger and I can’t say the same for the level of racing in SA.

“Some of the African riders, who were also racing Ardeche, were much stronger than our team which was also not the case a few years ago.

“My aim was to try to get into some breaks to get a good stage result but I did not achieve this.”

She felt the race was a big step up for them and an eye-opener as to the level they should aim for in order to make an impact in such races.

“Getting top 30s in GC is okay if your aim is just to compete and finish a race. But that should not be what we’re aiming for.

“At least it sparked lots of discussions on what we need to do to be better prepared next time.”

Van de Winkel, who placed 28th overall in the Giro della Toscana earlier this month, felt she was generally a good tour rider as she did not suffer from fatigue as much as others.

“I coped fine with the seven hard days in a row against many other full-time pros.

“But if there are two things I need to work on they are my downhill skills and my ability to attack from a threshold effort on a long climb.

“I was amazed at the gaps some of the girls, especially the Dutch and French riders, got on the technical descents.”

Unfortunately she had to complete the last four days alone as the rest of her teammates were unable to finish.

“Nicola was amazing to fly in to support us at the last minute because we needed four riders to start and due to girls crashing out of previous races there were only three of us left.

“She had not raced in the EU before so we all knew it would be tough on her. She did what I did on my first few races for Lotto – she braked too hard too many times on the hot tar and wore a hole through her tyre.

“Then she stopped on the left of the road instead of the right so they didn’t see her and her race was over in the first few kilometres.”

Van de Winkel added that this was not her fault. She knew exactly how Biani felt as she herself had done this when she first came to the EU.

“This just shows how many small things you need to learn by racing in the EU.

“The first day Tiffany, Maroesjka and I raced well together. Unfortunately, the racing took its toll on them and due to health and fatigue levels they ended up withdrawing and rather focusing on the road world champs.

“After this, we tried to only take one car to save costs which meant that I had a following car, but Hazel [Magill] did not have a car to take to feed me on the route.

“Luckily we made friends with some other teams and they were kind enough to help me with bottles. I just couldn’t be fussy about what they gave me, obviously.”

Van de Winkel said since the race they had been focusing on preparing for the road world champs on Saturday.

“After racing Ardeche we have a good idea of how hard it’s going to be and how strong the field is.”