The duo won the stage in a time of 3:24:08, beating Nico Bell and Wessel Botha in a sprint finish. Phillimon Sebona and Pieter du Toit placed third.

“The trails were great, as always,” said Beukes.

“It was really nice riding, with some new singletrack that cut out portions of district road – all in all, a good day on the bike.”

The women’s race was won by Amy McDougall and Robyn de Groot in 3:47:47. Theresa Ralph and Sarah Hill came second, with Nina Hind and Robyn Assad completing the podium.

“The hardtails made it hard work, but we had a great time on the trails,” said McDougall.

“We stayed with Theresa and Sarah until the first climb after Solly’s Folly, but from there we pushed on and left them behind.”

In the mixed category, Darren and Candice Lill claimed the victory. 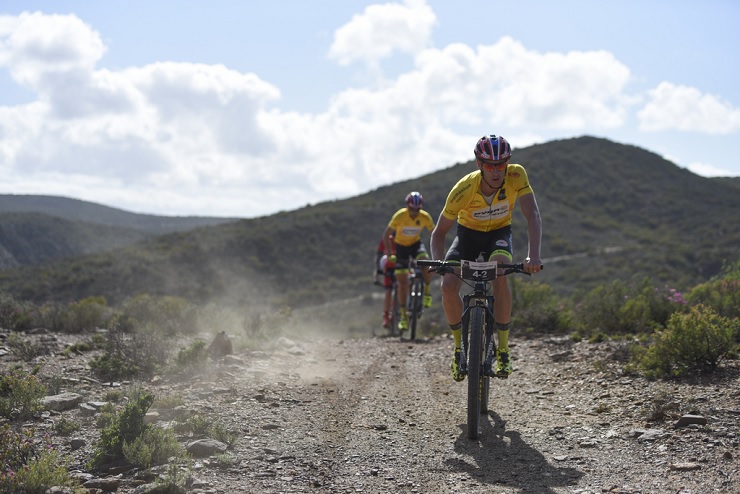 NEXT ARTICLE | All set for Lorraine Cycle Tour festivities